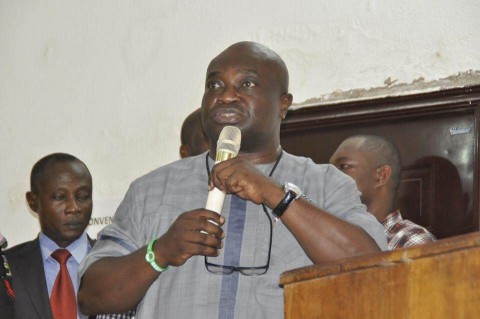 Abia State Governor, Dr. Okezie Ikpeazu Tuesday recorded victory at the State’s Election Petition Tribunal sitting in Umuahia, the state capital, as his election has been upheld by the lower court.

Ikpeazu is the candidate of the opposition Peoples Democratic Party (PDP), while one of his main challengers and petitioner, is Mr. Alex Otti of another opposition – the All Progressives Grand Alliance (APGA) in the Saturday, April 11, 2015 election.

The Tribunal Chairman, Hon. Justice Usman Bwala in his ruling dismissed Otti’s petition on the ground that the plaintiff failed to prove substantial non-compliance to the Electoral act in the poll, while the hearing of his petition lasted.