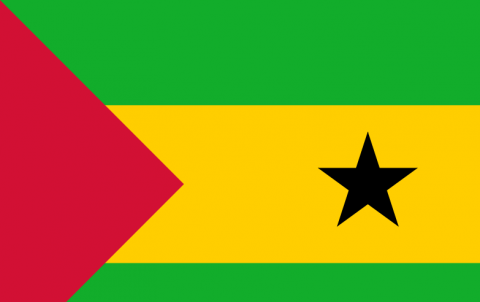 The AfDB which currently operates in 41 African countries with an external office in Japan, contributes to the economic development and the social progress of its 53 regional member states.

It may be recalled that the Bank Group commenced lending operations in São Tomé and Príncipe in 1978. São Tomé and Príncipe hosted one of the bank’s first National Program Offices opened in 1995. To date, the country has benefited from cumulative financing of US $195.20 million since 1978.

There are six ongoing operations valued at US $35.38 million. Public-sector projects account for 100% of the total portfolio, as there are no private-sector operations or multinational projects in this lower middle-income island nation with fragile economy.

The President of the AfDB, Akinwumi Adesina, who made the pledge during  his on-going five-day official visit to São Tomé and Príncipe, expressed optimism on the economic growth prospect of the country.

“We believe in the economy and the future of this country. This country is beautiful and blessed. There is no reason for poverty to persist here”, he said.

Adeshina, the first President of the bank to set foot on the island nation, to further strengthen extant alliances, commended the government for its continued commitment to the implementation of macroeconomic and structural reforms to ensure stability and growth, adding that priority areas are job creation, especially among young people and women for inclusive growth.

The project which is aimed at expanding financial inclusion on the island, according to a statement made available to African Examiner, is   financed by a $2.16-million loan from the African Development Fund, $299,000 from the World Bank and €345,600 from the Portuguese Trust Fund.

While speaking at the occasion, Adeshina said the payment system project being launched today will have considerable development impact for São Tomé, adding that an upgraded payment system infrastructure allows for and promotes interconnectivity with international credit cards such as Visa and MasterCard.

“This, in turn, will help the country to position itself for what could be a genuine gold rush in the form of the tourist trade, as well as the longer term and more sustainable benefits of increasing regional and international trade, vital for island economies. It will also enhance private-sector growth through easier financial management conditions for enterprises, especially small and medium-sized enterprises”, further explained.

Also in his remarks, Américo dos Ramos, the country’s Minister of Finance, Trade and Blue Economy, applauded the completion of the long overdue project. “We must meet the demands of our dynamic and ever-growing economy and our transformation agenda requires improvement of our financial platform to facilitate national and international financial transactions,” he said.

Earlier, the AfDB boss and his delegation held a meeting with the Prime Minister, Patrice Emery Trovoada, the Governor of the Central Bank of São Tomé, Hélio Silva Almeida, and the Ministers of Finance, Infrastructure, Agriculture and Education.

In his address at the meeting, the Prime Minister noted that despite the many achievements of the government, there are several challenges confronting his country. According to him, improvement of airport infrastructure, which has allowed for an increase in the number of tourists, and port management are the key pillars of economic development.

During roundtables with donors, bankers and the private sector, the bank President invited the various stakeholders to the Africa Investment Forum (AIF) to be held from November 7-9, 2018 in Johannesburg, South Africa.

Meanwhile, Adesina is expected to visit two sites financed by the AfDB that have made significant contributions to the development of the rural sector. They include the Agronomic and Technological Research Center (CIAT), responsible for the protection and control of food products and the conservation of seeds, and the agro-pastoral technical improvement centre (CATAP). Both centres have been rehabilitated and equipped by the bank.

He will also visit Agripalma, a concession covering almost 5,000 hectares, located south of the island and intended for industrial oil palm plantations. More than 2,200 hectares of palm groves have been planted. A factory – currently under construction – will produce its first yield in 2018.

On the last day of his official visit, the AfDB President, will visit Príncipe Island and meet with the President of Regional Government, José Cassandra.