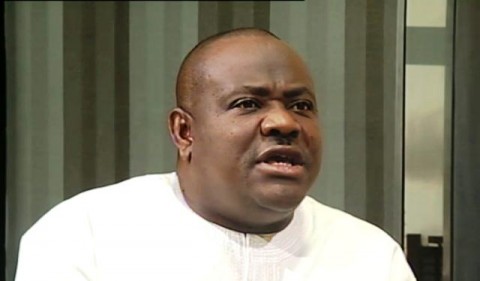 A court of Appeal sitting in Abuja has upturned the election which declared as the winner, incumbent Rivers State Governor, Nyesom Wike.
Leading the three-man panel, Justice M. Dongban-Mensem ruled that the April 11 State’s Governorship election failed to comply substantially with the Electoral Act. He resolved the seven grounds of appeal against Wike and his party the PDP and in favour of the respondent, the ruling APC State Governorship candidate, Dr. Dakuku Peterside and his party.
The appellate court which upheld the ruling of the lower Tribunal, declined the prayers of the appellants to set aside the State’s Election Petition Tribunal on its findings on the number of witnesses, as it held that grounds of appeal was not restricted to point alone.

Similarly, the court sustained the submission of the lower Tribunal that the poll was characterized with large scale of violence and other electoral malpractices.

On appeal over jurisdiction, the appellate Court ruled that the State’s Election Tribunal was in order in its rulings, which justified Abuja as the location of the sitting, for security reasons.

Also, the appellants’ prayer on locus standing to file the petition before the lower tribunal within 21 days, was resolved against Wike and his party, the opposition PDP.

The Court subsequently yanked the appellants – Wike and his party, equating them to wailers as he held they were crying more than the bereaved.

The appeal Court also sustained the Tribunal’s ruling on the use of card reader. The jurists ruled that giving the evaluation of the evidence before the lower court, after a thorough analysis of the subject matter of card readers, its use, the device (card readers) was an important instrument to guarantees credible elections.

While dismissing the grounds of Wike and his party’s appeal, Justice Dongban-Mensem ordered the conduct of a fresh election within 90 days.