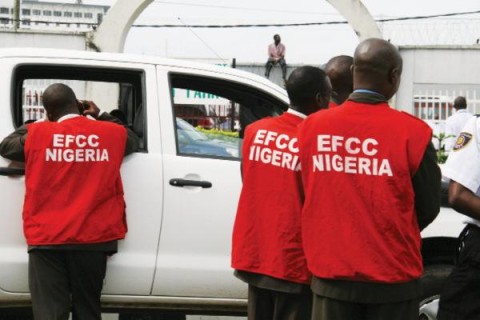 (AFRICAN EXAMINER) – Justice Jude Okeke of an FCT High Court on Thursday urged the EFCC to put its house in order in the trial of former Secretary to the Government of the Federation, Babachir Lawal.

The EFCC charged Lawal alongside six others with alleged N544.1 million contract fraud.

Also charged are the former SGF, his brother, Hamidu, who is a director of Rholavision Engineering Limited; an employee of the company, Sulaiman Abubakar and the Managing Director of Josmon Technologies Limited, Apeh John Monday.

Justice Okeke expressed displeasure after the EFCC Counsel, Mr Ofem Uket, informed the court that although the matter was slated for continuation of trial none of the EFCC witnesses were in court.

The judge then fixed June 10 and June 16 for continuation of hearing and “to enable EFCC put its house in order.”

Earlier, Uket apologised over the development adding that it was not in his character to stall trial the way it happened.

Although Babachir Lawal and five other defendants were present in court, he pleaded with the court to give him another opportunity to enable him reach out to the witnesses.

“It is regrettable that none of my witnesses is in court for this trial, I wish to apologise for this and I humbly urge this honourable court to give me another adjournment. ”

Counsel to Lawal, Chief Akin Olujinmi, SAN, told the court that EFCC counsel had informed him of the predicament he was in, concerning the witnesses.

Olujimi did not object to the EFCC request for an adjournment.