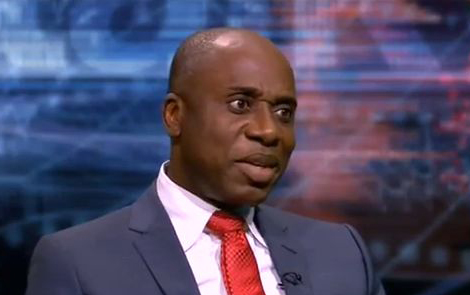 (AFRICAN EXAMINER) – Minister of Transport, Rt Hon. Rotimi Chibuike Amaechi has dismissed and described as fake news, the story making the round that he escaped attack by the suspected kidnappers and bandits at a train Station in Kaduna last weekend.

Activist and Co-Convener of the #Bring Back Our Girls campaign group, Aisha Yesufu, had taken to her Twitter handle and alleged that the former Rivers State Governor and other passengers escaped being kidnapped by suspected hoodlums at Rigasa Train Station Sunday evening.

In one of her posts, via @AishaYesufu, the activist tweeted: ‘’Chibuike Rotimi Amaechi you should be ashamed of yourself. My sister, my brother and my sister-in-law were in that train. When your convoy scattered and you fled like a new born mouse whom water have been poured on, it was witnessed!. GOVERNANCE IS NOT BY LIES & PROPAGANDA!

In his reaction, Mr Amaechi who described the story as a make-up tweeted:  from @ChibuikeAmaechi ‘’Madam, I was not attacked, I did not see or escaped attackers, bandits or kidnappers. I did not “fled like a…” Insults & abuses will not change the fact that I was not attacked or escaped attack, in Kaduna last night. BTW, we can still be respectful & courteous here. Goodmornin’’