Another US School Bans Nigerian Girl From School Over Ebola 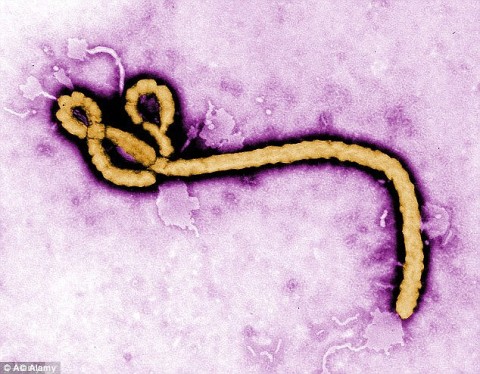 Another US school has banned a Nigerian student from attending classes because of an apparent ignorance on the country’s status on the Ebola virus in violation of the United Nations advisory, Empowered Newswire reports.

Local media reports in Milford, Connecticut State stated that a Nigerian-American girl who just returned from a visit to Nigeria earlier this month has been banned from attending school in Milford by the School district.

About two weeks ago, a small community college in Texas, Navarro College denied admissions to two Nigerian applicants on the grounds that they are coming from a country with the Ebola virus. This was after Nigeria had not recorded a new Ebola infection in almost 40 days-way past the 21-day incubation period.

Earlier in the week, the United Nations Secretary-General Ban Ki-moon expressed concern at “the recent restrictions put in place in several countries and localities applying to people who have travelled to the main Ebola-affected countries.”

According to the Secretary-General “the best way for any country to protect itself from Ebola is to stop the outbreak at its source in West Africa.”

But a Nigerian-American girl in the equivalent of Primary Three, has been asked to stay away from school in Milford, CT, because of a recent travel to Nigeria. As a result, the father is now suing the school. Local reports quotes, Mr. Stephen Opayemi as filing the lawsuit on Tuesday.

According to the reports, “the family traveled to Nigeria for a wedding Oct. 2 through Oct. 12. When they returned on the 13th, the family was told the girl couldn’t return to school for three weeks.

This is coming even after the WHO has declared Nigeria Ebola free. US media reports has in fact been very upfront in reporting over and again that “Nigeria is not one of the three main countries considered the “hot zone” of the Ebola outbreak,” in West Africa.

According to the report, Opayemi says the school system told him there was too much concern and it was a safety precaution. The school system also said there was a lot of confusion and the ruling was due to the climate of fear.

In his court filing, Opayemi noted that the According to court paperwork, Milford School authorities threatened that if the young Nigerian girl attended class “she would removed from the school by police.”

Commenting on the situation which is a similar case to the one in Texas where two Nigerian students were refused admission, the Christian Association of Nigerian-Americans noted that the decision of the Milford School District to deny the Nigerian-American girl attendance of classes “is a disingenuous approach and the purveyors of such an approach should be ashamed of themselves, especially being an institution of learning.

CANAN in its reaction noted that “such inane policy as that of the Milford School District in the State of Connecticut should be reversed and discouraged, as they are capable of provoking bigoted and racist responses to what is truly a global challenge” it added.