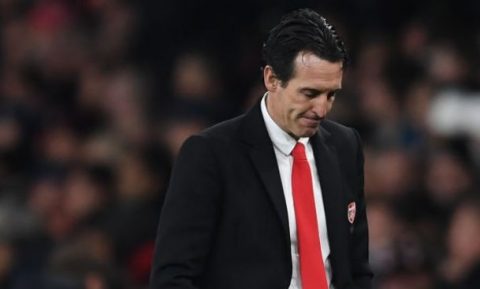 (AFRICAN EXAMINER) – Unai Emery has been sacked as Arsenal manager following the 2-1 Europa League defeat at home to Frankfurt.

The club are winless in all competitions in seven games and sit eight points behind fourth-place Chelsea in the Premier League after just 13 games this season.

“Our most sincere thanks go to Unai and his colleagues who were unrelenting in their efforts to get the club back to competing at the level we all expect and demand.”

“We wish Unai and his team nothing but future success.”

Josh Kroenke said on behalf of the club’s board.