Ayogu Eze Boasts: I’ll Be Sworn in as Next Governor Of Enugu State 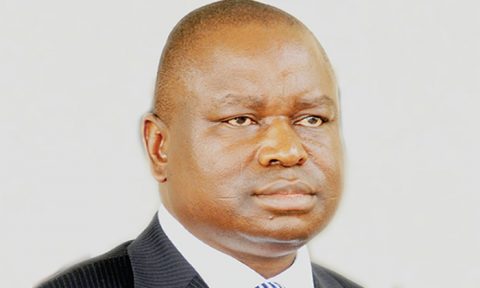 (AFRICAN EXAMINER) – The governorship candidate of the All Progressive Congress (APC)  in Enugu state, Senator Ayogu Eze, has boasted that he will win the Saturday 9th governorship election.

Eze, who was reinstated  Thursday as the governorship candidate of the party by Court of Appeal sitting  in Abuja presided over by Justice Abdul Aboki decried the removal of his name as candidate of APC from INEC website and list .

He spoke to newsmen at his Enugu residence  barely few hours after news of his victory at the Appeal court filtered into Enugu.

According to him, “the court of Appeal sitting in Abuja has just set aside a judgement that we believe was not suppose to have happened in the first instance, but this is  Nigeria and it happened and once the judiciary speaks everybody will obey.

“The standard practice has always been when a matter is undergoing litigation the names submitted to INEC stays on the list until that litigation expires but our own was a different case as it was marred by political manipulations and manoeuvring”,

He  added that he was now more determined in becoming governor of Enugu state come May 29th, 2019.

“We are marching on and want to assure my supporters that on May 29, 2019 I will be sworn in as governor of Enugu State”, he said.

The APC flag bearer, expressed appreciation to his teeming supporters as well as people of the state for remaining steadfast in their support for him while the matter  lasted.