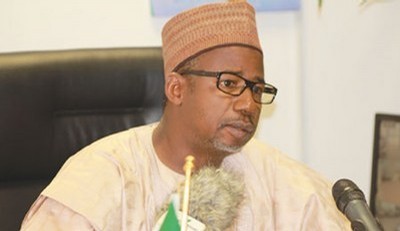 (AFRICAN EXAMINER) – Gov. Bala Mohammed of Bauchi State has sacked the Director Establishment and Service Bureau in the office of the state Head of Service over alleged swindling of funds.

Mohammed disclosed this during his one-year anniversary media chart on Saturday in Bauchi.

He said the director (name withheld) was found to be engaged in alleged diversion of funds in the names of staff that retired long ago or died while in service.

The governor said the director was involved in taking money out of salaries of the deceased or those who had left the service.

He recounted the level of alleged fraud and lack of accountability in the state civil service.

“That is why I had to set up a committee and insist that their findings must be made in public domain,” he said.

Mohammed vowed to step on toes to fight corruption as the recommendations of any committee set up and uncovered questionable deals in the state must be implemented.

He enjoined citizens to be rest assured that his administration would stop all elements of corrupt practices in the state.

“Even if it requires stepping on toes irrespective of who is involved, I will do just that,” the governor said.