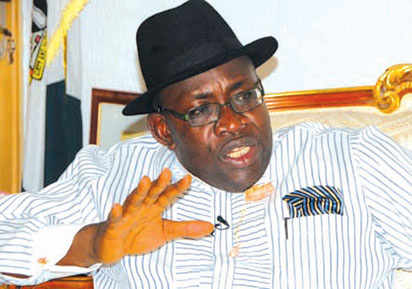 BALTIMORE, MD (AFRICAN EXAMINER) – Bayelsa State Governor, Henry Seriake Dickson, has commended the judiciary for asserting its independence and steadfastness in protecting the sanctity of the ballot as well as upholding itself as the bastion of the nation’s democracy.

Former governor, Timipre Sylva, had petitioned the appellate court seeking to upturn the decision of the tribunal. But in its judgement in Abuja Thursday, the Appeal Court, in a unanimous decision, dismissed Sylva’s petition as lacking in merit and affirmed Dickson’s election as declared by the Independent National Electoral Commission (INEC).

It held that the APC failed to provide credible, cogent and convincing evidence for their appeal.

The 5-man panel of justices of the Appeal Court led by Justice Olukayode Bada faulted Sylva on the various grounds of his petition, noting in particular that contrary to the petition, no credible election took place on the 6th of December 2016 in Southern Ijaw.

Sylva had premised his argument on the cancellation of election in Southern Ijaw Local Government as sole action of INEC, thereby contravening the law. But both the tribunal and the Appeal court thought otherwise.

Dickson, in the statement by his Chief Press Secretary, Daniel Iworiso-Markson, has called on the former governor, Timipre Sylva, to stop the flagrant abuse of the judicial process and the needless distractions designed at overheating the polity.

He noted that the judgement indicated that the resolve of the people did not go in vain as he called for greater vigilance to protect democracy in the country.