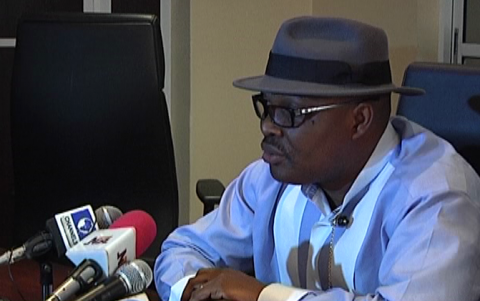 (AFRICAN EXAMINER) – The Bayelsa State Commissioner for Information and Orientation, Daniel Iworiso-Markson has congratulated the flagbearer of the People’s Democratic Party (PDP) in the November 16  governorship election, Senator Douye Diri and his running mate, Senator Lawrence Ehrudjakpor on their well deserved victory at the Supreme Court.

Iworiso-Markson in a statement in Yenagoa described the judgement as divine, and that it reflects the true wishes of the people.

While congratulating Diri and Ehrudjakpor, he expressed gratitude to God Almighty and judges at the apex court for standing true to the law.

He also thanked Governor Henry Seriake Dickson for his support to Diri and Ehrudjakpor throughout the trying period of the legal battle which has ended in praise.

According to him, the victory of Diri and Ehrudjakpor will further the course of development which Governor Dickson has laid in the last eight years.

He said “I heartily congratulate Senator Douye Diri and Senator Lawrence Ewhrudjakpor for this befitting victory, as the Supreme Court has once more demonstrated it’s uprightness and credibility.

“It is my deep conviction that Senators Diri and Ehrudjakpor will fulfill the  expectations and yearnings of Bayelsans, consolidate on the achievements of Governor Dickson  for a more prosperous state”.