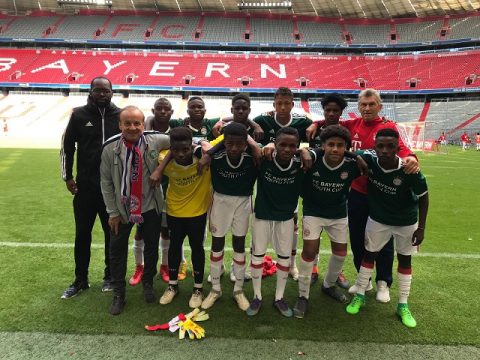 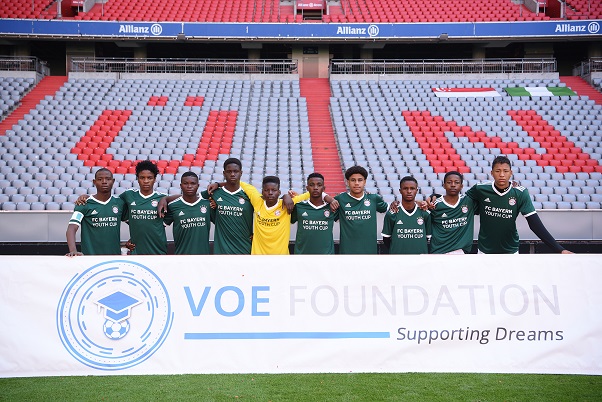 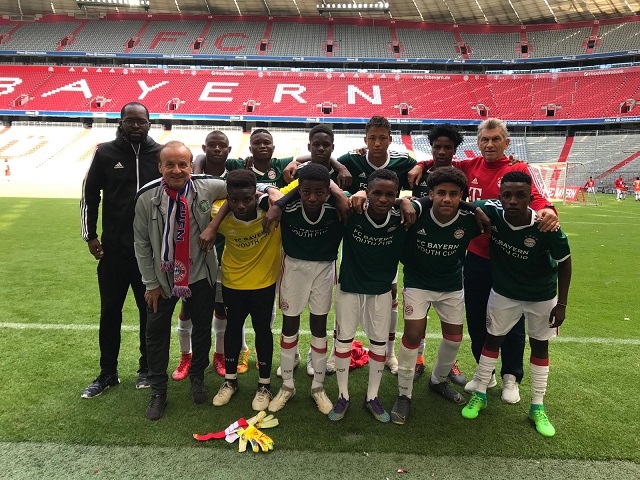 Super Eagles Head Coach, Gernot Rohr, has promised to monitor how players of Team Nigeria to the 2019 edition of the just concluded FC Bayern Youth Cup World Finals  in Germany progresses in coming years, with a view to giving them a chance in the nation’s national youth teams.

He said: “We will keep an eye on how the boys progress in the coming years and hopefully give them a chance with the national youth teams.”

Rohr, who was physically present during the tournament which ended Tuesday at the Allianz Arena, Munich Germany, and home of FC Bayern Munich, motivated the Nigerian players, with useful insights on the round leather game.

Team Nigeria Manager, and VOE Foundation representative, Mr. Victor Obinna Edeh, who made this known to Sports writers on Wednesday, said the Super Eagles chief Coach, “was also on ground to support the team for the world finals, with Team Nigeria grabbing two quick fire goals on his arrival at the Allianz Arena.

Edeh, quoted Rohr, as saying that “competitions like this are very welcome and encouraging because it gives young Nigerians a chance to compete at the highest level and experience playing at a special place like the Allianz Arena. I started my professional career in this city and the boys can be proud of their performance at the world finals.

Adding his voice  in his capacity, as the Team Nigeria Manager, Edeh, stressed that ” the 2019 edition of FC Bayern Youth Cup World Finals saw players representing 7 different countries light up munich between 16th and 20th May 2019 as they arrived for the tournament’s grand finale.

Speaking about the project and partnership with FC Bayern Munich, Edeh, said, “ I am happy to be here with Team Nigeria for the second year. The experience is an unforgettable one for the players who were spellbound watching Thiago, Robben and their favourite Bayern stars live.

“Our partnership with Bayern for the youth cup project has been very fruitful, reaching nearly 2000 players in the first two years, we now have a pool of players who have a chance of representing Nigeria internationally.

“Nearly 3000 fans were at the world finals today with the Nigerian delegation in Munich promising to come out in numbers for the next edition, special thanks goes to Gernot Rohr, who was with us in Lagos for the National Finals and also here for two days at the world finals in Munich, your presence was very encouraging and meant the whole world to not only the Nigerian players but also to participants from the other countries”

“The boys are back home with their respective clubs and hope to utilise the experience they just gained as a stepping stone to a greater future. Edeh said.

He explained that the mission of VOE foundation is empowering young people using education and sports to achieve their various aspirations,adding that
Organization runs campaigns in collaboration with other organisations to promote a healthy and active lifestyle.