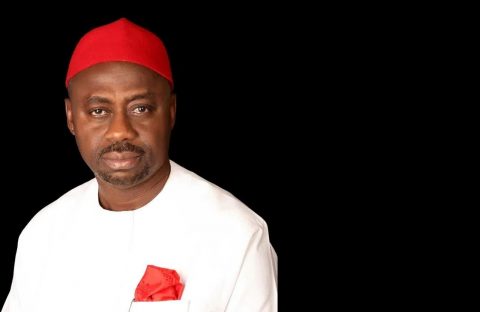 Enyioha as he is fondly called for his infectious style of touching lives is man who what he thinks, what he says and what he does are in harmony.

Born in born into the family of Engr. & Mrs. G C Okeke of Umuogbuafor, Ihiala, Anambra State, May 30, 1970, Enyioha is a great leader with fantastic strategies for conflict resolution.

Ugochukwu is a dependable and reliable man who measures success by the positive impacts on people around him.

He is a graduate of Banking and Finance from the prestigious University of Nigeria Nsukka.

Armed with other relevant educations and trainings, Ugochukwu, is a seasoned administrator with the capacity to breathe life into deadwoods.

With an outstanding experience in business, politics, and human relationship management, he is a born leader whose influence is real- anywhere and everywhere.

He is also a seasoned and serial entrepreneur and sits on the board of several companies.

His mark of generoussity over the years has endeared him special place in the hearts of so many.

In line with his unreserved commitment in advancing the course of humanity, Enyioha takes it as a responsibility to empower numerous youths through vocational studies and skill acquisition programmes.

Excellence is in his DNA, which is why he is one of the most is sought after resource person at home and abroad.

A ministerial nominee in 2014, Enyioha is also a grassroot politician and has been a firm believer in the People’s Democratic Party (PDP). In his usual candor and loyalty to whatever he believes in.

He is a translator of positive intentions into tangible results and has continued to show total commitment and loyalty to PDP and had at various times served in several capacities and accepted numerous assignments within the party.

Some of these tasks include: coordinator for Goodluck Jonathan Campaign in 2015 (LGA); coordinator at the last governorship election in Anambra 2017; appointed State Secretary of the Anambra Caretaker Committee after serving diligently as Exco member in 2017;

And as Anambra state prepares to go to the poll to elect the next governor in 2021, Ugochukwu, has accepted the call to run for governorship.

He accepted because it is in line with his relentless pursuit of adding value and improving lives.

Enyioha hopes to tap from the best brains in the state to run the first knowledge driven state in Nigeria.

To him, Nigeria and indeed the third world having missed the industrial revolution would rely on Anambra state for new primary source of wealth creation when he is elected.

Enyioha who hopes to pick the People’s Democratic Party (PDP) ticket for the forthcoming election, has urged Ndi-Anambra to keep their hopes burning in spite of the ruinous cloud of bad governance that has enveloped the state over the past few years, leaving critical infrastructure in tatters and rural communities in adverse neglect, that the state can still be redeemed.

He clear of his vision to define a pathway- a set of seamless road upon which Anambra will be rebuilt irrespective of town or senatorial zone.

Ugochukwu is a victor who looks to the future with a sense of purpose.

Happy birthday Enyioha!  You have made here a better place in the last 50 years and may your next 50 be better.