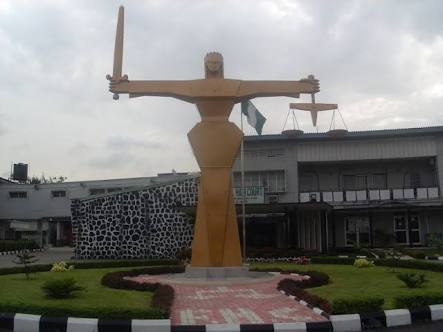 (AFRICAN EXAMINER) – The Supreme Court of Nigeria has dismissed the application asking it to review its judgement which nullified the victory of all candidates of the All Progressive Congress (APC) at the 2019 general elections held in Zamfara.

In a lead judgment delivered by Justice Inyang Okoro, the apex court held that the application is a vexatious, frivolous and gross abuse of court process.

His words:  “The finality of the Supreme Court is sealed.”

“The application is a gross abuse of court process, it is frivolous.

“The application is hereby dismissed.”

Justice Okoro further awarded the cost of N2 million against the applicants.

However, a member of the 5-member panel, Justice Chima Nweze, gave a dissenting judgment, insisting that the Supreme Court has the power to set-aside any judgement delivered in error.

Nweze, held that the Supreme Court made a wrong consequential order, when it directed that candidates of the People’s Democratic Party, PDP, that got the second-highest number of votes in the election, should be sworn in.

“Supreme Court was not a Father Christmas to give benefits to candidates that were not parties in an Intra-party dispute that involved only members of the APC.

“This court has the power to overrule itself when its judgement was entered in error. It is better to admit any error than to abide in error.” He declared,

Recall that it was same Justice Nweze that gave a dissenting judgement in the ruling that sacked Emeka Ihedioha of the PDP as governor of Imo State and handed victory to Hope Uzodinma of the APC.

“Your Mandate Is From God”

Meanwhile, the National Chairman of the main opposition Party, the People’s Democratic Party, PDP, Prince Uche Secondus has congratulated the Zamfara state Governor Alhaji Bello Matawalle on his victory at the Supreme Court and urged him to be a good team leader.

The National Chairman in a statement from his media office in Abuja advised the Governor to unite the people and move quickly to tackle the myriad of challenges facing the state most of which stems from bad governance witnessed in the state in the past.

“God has designed this position for you for a purpose and you must do everything humanly possibly not to disappoint both the people and the almighty who sent you there.

Prince Secondus advised PDP members in the state to give the Governor and other elected officials of the party all the needed cooperation and support to help them deliver good governance to the people of the state.