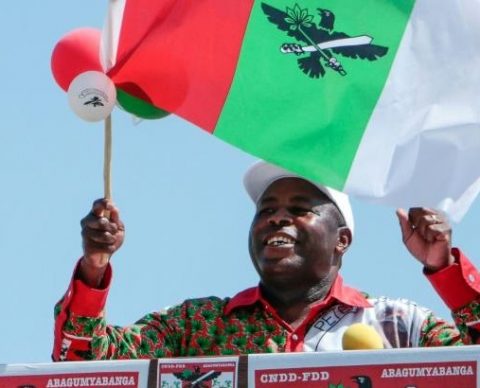 (AFRICAN EXAMINER) – Burundi’s ruling party candidate, Evariste Ndayishimiye, has won the presidential election.
Ndayishimiye, who is a retired general, secured 68.72% of the vote according to the electoral commission.

Ndayishimiye  is expected  to take over from President Pierre Nkurunziza, after he beat the main opposition candidate, Agathon Rwasa.

Opposition candidate, , Agathon Rwasa, who is the president of the National Council for Liberty (CNL), has since describe  the election results as “fanciful” and accused the government of “cheating” and “pure manipulation”.

The African Examiner reports that President Nkurunziza has been in power since 2005 and had decided not to run again for a third term in office.