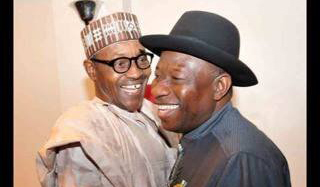 By Prof R.A. Ipinyomi, University of Ilorin, Nigeria – We have said severally that as Nigerians decide on 14 February, on who becomes the next president (2015-2019), their decision will be to choose between the incumbent President Jonathan from the PDP and the main rival from APC and former Nigeria Head of State General Muhammad Buhari. This much fact is well known to us and acceptable even by the over one dozen other presidential candidates in the presidential race. The campaign or the differences between the two candidates have not been driven by ideology or political programmes but more by personality, perception and previous records of the two main candidates. The main objective of Nigerians, (also not uniquely spelt out), is to have a non-failing state; that is a state that is alive to its responsibility, priorities and purpose of a 21st century State. Some politicians would like to reduce the Nigeria demand to certificates and creating the impression of a blame game scenario only. Nigeria however is standing at a crossroad where choosing optimally may make a significant difference for most people, irrespective of the differences in religion, ethnicity or education background. The obstacle for many electorates is who to believe and trust the future of the entire country to for the next four years. 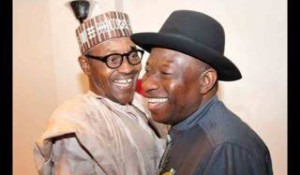 Politicians, from whatever class or nation, are difficult to believe and trust. They are not always straightforward or honest, they are not always passionate or willing to perform, they only eye at the prize of winning and the prestige and wealth that may come their way by winning. When we say that Nigeria is a failing State (or actually a Failed State) they want to list several achievements they have been making, when we complain that Nigeria should by part of the World politics in the 21st century they want to prove to us that they too had WAEC since 1961 or a PhD we are yet to see. The politicians are confused by misunderstanding their personal desires with the state where Nigeria is and where it ought to be. We have the impression that those in government are not aware that all the indices of a vibrant nation are against Nigeria. Only one index is good where Nigeria is the most populous black nation and therefore her economic aggregate is higher than other smaller nations around it. Nigeria has a population of about a quarter of the entire African Nation but its economy is only slightly above that of any one of the 53 other nations in the region because of individual Nigerians’ performance. Our law makers have not involved themselves making laws that could have encouraged economic development, revenue generation, sharing formula, and individual economic empowerment. They went on monthly wardrobe, newspapers and other allowances for self and not employment programmes for the youth. They also prevent the employment for the general public by sponsoring only the employment of wards and cronies. Politics has therefore become deceptive and derailing from its lofty ideals to nepotism, ethnicity, and religious sentiments. We need a total libration from the past to a situation of providing a level paying ground for all investors, foreign or local, small or big investors.

The insurgency has also been politicized, where the ruling party is blaming his opposition and those who had promised to make the regime ungovernable. The opposition on the other hand think they can see the fingers of people in government pooling the triggers of gun in a make belief way. Who are the real Boko Haram sponsors? Whoever they are why is Nigeria not like France if she cannot be like America? In two days France brought to book their perceived enemies in an open way. The president in France at that time was less popular in France (less than 20% approval rating in France) than Jonathan (at less 35% approval rating in Nigeria) is currently in Nigeria. If France had delayed a few more days the attackers were already on the increasing in number. The attackers in France are the same as those in Boko Haram, ISIS, ISIL, Al-Qaida and the likes. Religion should be out of politics and politics should be purely providing enabling avenues, welfare and social justice for the people, male or female, old or young, native of foreign. We need a favourable working environment for all, where each can live and achieve their dreams and not have to steal. The insurgency is part of what Nigerians have to decide on? Who are the actual sponsors? Do we still have serious and unbiased members of the State Security Services working for Nigeria and not its president alone to tell the truth? I still find it unbelievable that 160 million Nigerians should just watch helplessly while young men and women are stolen away, pastors are killed, churches are burnt, now mosques are not spared, suicide bombings are on the increase. Aso Rock residents may not be spared very soon from these unidentified insurgents.

Democracy is also at stake here and everyone needs to decide on it. For example it has been very interesting reading comments circulating on the network media on any issue. Everyone has been free to write as they wish and sometimes I had wished writers were more civic. But that is democracy at place where you write and you don’t go for it. The APC presidential candidate was in a hot seat over his WAEC and we need such a test for anyone who wishes to lead? We need to watch what they would do when blamed, abused, criticized and accused, rightly or wrongly. This would help us project who they are to democracy tenets and its adherence. Are they irrational under tension? Again we need a system to assess our institutions. Suppose Government Secondary School Katsina could not produce its records? Then what is our fate when we lose or misplace our credentials? I knew all along that GMB had his school certificate because this is not a new story and PDP might also have been aware. We also know that many politicians may not have the certificates they claim to have. The remaining campaign period still has enough time to test these candidates but what Nigerians should look for is not whether they are your people or from your religion but we should look for a Nigerian interest. We need a shift of paradigm from what we are used to but to what is best for our children.

The greatest stakeholders in this exercise are the youth and their mothers. I guess many men would not vote because of their inherent apathy and nonchalant attitudes. The youth (18 -50 years) would make up about 95% of the total electorates because our population is bottom heavy and life expectancy in Nigeria is hovering around 53 years only. (My PhD student and I are working on a life table and we shall publish our findings but our objective in the research is only on constructing a better pension scheme than the one OBJ administration adopted from Chile in 2004). Nevertheless it is safe to claim here that the bulk of our population is in the bottom. Similarly it is safe to claim that women are interested in elections and could be attracted when the atmosphere is safe, free and fair. Politicians are therefore to work for these age groups and seek to please them in their administrations by seeking their votes.

Hence the contest between GEJ of PDP and GMB of APC is beyond the fact that one is claiming to hold a PhD and the other barely has a school certificate, it is beyond claiming to be a Christian or a Muslim Jihadist, it is beyond the fact that one is younger and the other is older. Nigeria needs to be moved away from the class of failed States, Nigeria needs to secure and protect the future of all its citizens, Nigeria needs to provide a fair and free environment for economic emancipation in all forms. Nigeria needs to see herself as a major world player not one going to New York, London, Paris, Jerusalem or Riyadh to take notes and orders. Nigeria needs to build her fledging democracy and advance it. We must therefore move away from mere sentiments and hurtful emotions to the ground of reality and common sense. Peradventure your party or your candidates may lose in the elections, the fact that they are able to participate should be enough joy. There should be no violence of any form before or after any of our elections.