Court Jails Enugu Based Cleric for 7 Years Over Forgery, Conspiracy 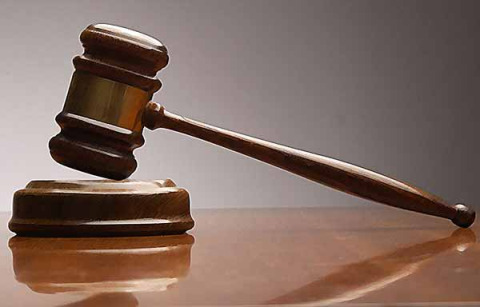 (AFRICAN EXAMINER) – An Enugu based Cleric, and General Overseer of Christian Charismatics Movement [CCM], Pastor Dr. Sabinus Onuigbo has been sentenced to Seven years imprisonment by an Enugu magistrate court presided by Senior Magistrate J.O Umezulike for forgery and conspiracy.

Magistrate Onuzulike proclaimed their jail sentence to last three years or an option of fine of twenty thousand naira [N20,000] each.

Delivering the  judgment on Thursday  on the suit No CME/56C/2017, Commissioner of Police versus Pastor Dr. Sabinus Onuigbo,Pastor Tony Ojukwu,Pastor Chukwuma Orji Victor,Pastor Nick Nwoye and Pastor Tony Ike,Senior Magistrate Onuzulike stated that the evidence before the court showed that the prosecution has proved the allegation of forgery of  signature of one Pastor Sunny Ndolo who resigned from the church since 2011, by Pastor Dr Onuigbo and his accomplices in the minutes of the church’s meeting held on July 14,2014 as brought to the court by the complainant, one Engr Innocent Ngwu, beyond every reasonable doubt.

The judgement read thus:  “the sole issue for determination was the forgery of Rev.Sunny Ndolo’s signature. The defence did not debunk or contradict it all through with their defence. As lord Denning would say, you cannot put something on nothing and expect it to stand. Prosecution proved their case beyond reasonable doubt’.

Magistrate Onuzulike said the defence resorted to underhand tactics to undermine his judgement because as his proceedings was on going, there were intermittent interference. But facts before the court found four of the accused guilty while the fifth accused was not party to the allegations.

“The 5th defendant is not a party perse in the entire transaction. He is an innocent passerby in accordance with S.386 of ACJL discharge and acquit him’.

African Examiner reports that prior to the judgement, the prosecution counsel, Barrister S.C.A.V Umehia has tendered a written address to the court while the Defence Counsel, D.I.Chukwu [Esq] said he has no address to tender.