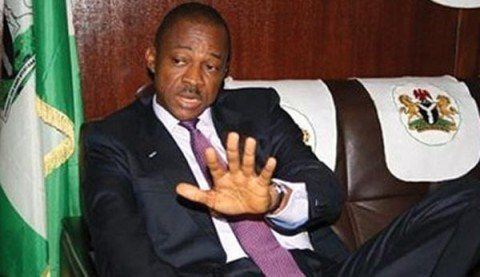 From Ignatius Okpara, Enugu – A Federal High Court sitting in Enugu has restrained the Enugu state government from demolishing a private school, the Spring of Life International School located within the capital city pending the determination of the substantive application.

In an interim order granted by the court presided over by Justice D. V. Agishi Thursday, the respondents in the suit, FHC/EN/CS/109/2015, including the Attorney General of the state, Enugu State Capital Territory Development Authority, Barr. Emmanuel Omeje, Police Commissioner in the state and the Inspector General were asked to show cause why the prayers of the applicants should not be granted within 36 hours.

The order is coming as demolition of old structures continued at the Government House, Enugu to pave the way for the full view of the new Government House Complex project just completed by the out-going administration of Governor Sullivan Chime.

African Examiner gathered that new structure is due for commissioning in the next few days.

Meanwhile, demolition of structures and shops near the state House of Assembly quarters located along Umunneocha street, Independence Layout continued on Thursday amidst public outcry by those affected by the action.

The applicants in the court order including the school in question, Onukwuma Okonkwo, Ogbonnaya Chinonye and Chizzy Umeh had through their counsel, N. Aroh had prayed the court to grant an interim order asking the parties to maintain “status quo Ante Liten” in the case pending the determination of the application.

Said the counsel: “The Status quo Ante Liten in the present case is that you do not enter the school premises to do anything .“ Aroh said.

In a follow-up letter to the Commissioner for Capital Territory, the counsel said “you are a legal practitioner, (referring to Chime) and know the implication of the order of the court.

“Apart from the fact that the time provided in S 29 (3) of the Town and Country Planning Law, Cap 149, Revised Laws of Enugu state 2004 is still running and has not elapsed and thus disentitling you or your workers from entering the property to demolish the whole or any part thereof, the case is “subjudice” having turned over to court for adjudication”.

She further urged the state government to be mindful of the fact that the nation is operating a democratic system which is rooted in due process and supremacy of the law and therefore should not allow staff of the Capital Territory to enter the school premises for any reason whatsoever till the pending suit is determined.