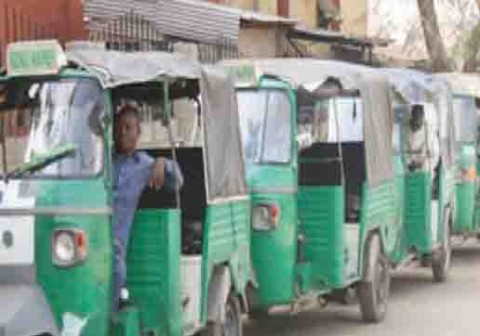 (AFRICAN EXAMINER)  – As part of measure to checkmate the incessant use of Tricycle popularly known as “Keke” in Nigerian parlance, in perpetrating robbery and other forms of crimes in Enugu metropolis and environ, the state branch of Association of Tricycle riders, has lunched what it described as “Operation  identify yourself” programme.

Under the arrangement, all tricycle operators in the state, would be given a form to fill, through which their personal data will be captured and an identification card with security number issued to such individual by the leadership of the association.

Our correspondent reports that since after the banning of commercial motorcycle  operation  in Enugu by previous administration, the use of Tricycle in perpetrating crime had continued unabated and remained source of worry to residents.

Speaking with newsmen Wednesday during the official lunch of the programme at Mbemene, coal camp, Enugu, South- East Nigeria, state chairman of the Association, Comrade Benjamin  Ikah, explained that  the idea was to further sanitise the Keke business in the state, adding that it would enable the body get rid of few criminal elements who uses  the mode of  transportation in perpetrating crime.

He said the exercise will equally assist the association in checking incessant cases of tricycle theft, as well as  help the state government in its  planning programme, “because through the  security identification numbers we can be able to have a comprehensive information and number of our members in the state in our central data base.

According to Ikah, after completing the exercise in the Enugu metropolis, it will be extended to the rural communities, stressing that at the end of the day,  commercial Keke operation in the state will be sanitise, as it would also help in exposing the bad eggs in the business.

The chairman, however, advised all operators of the transport system in the state to embrace the registration exercise for their own interest, as it would no longer be business as usual, disclosing that it was the first time the leader of the  association would be coming up with  such initiative aimed at enthroning sanity in the business.