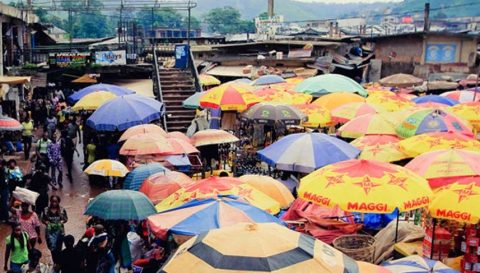 (AFRICAN EXAMINER) – Serious crisis is currently looming in Nsukka council  area of  Enugu state, Southeast Nigeria, over the alleged  revocation of the autonomy granted to fowl dealers association at Ikpa market by the immediate past caretaker committee chairman of the council, Hon. Chinwe Ugwu, just as the group has vowed to engage in a showdown with the incumbent council boss who took the decision.

Serving chairman of the council area, Chief Patrick Omeje had allegedly revoked the autonomy granted the association without recourse to their rights and legal implication of such action.

It was learnt that the autonomy granted to the fowl dealers association was on the instructions of Enugu state governor, Chief Ifeanyi Ugwuanyi, as collection of market tolls at that section of the market became unbearable and alarming.

Speaking with newsmen on Monday in Nsukka, patron and former  chairman of the association, Mrs Josephine Ugwu said the fowl dealers are spoiling for total showdown “over the alleged revocation of autonomous status without any reason by the council chairman of Nsukka local government area, Mr. Patrick Omeje.

She insisted  that the revocation was uncalled for as the association paid the statutory 1 million naira for the section of fowl dealers, adding that  after two days of the payment one Ngozi Eze, went and paid N1.2 million to take over the section so that she can be  collecting tolls in that part of the market.

Mrs. Ugwu, noted that members of the association were mainly widows who organized themselves into the fowl dealers association and brought out money as a way of supporting their  means of livelihood, adding that they paid N1 million to be autonomous having earlier made  part payment of N950.000 on contract agreement before the autonomy was granted.

According to her, later the contract was allotted to Nwambi Ozioko at the cost of N1 million, while the part payment was not refunded. ,”We pleaded, but nobody listened to us as widows who do not have anybody.

“We have exhausted all avenues to regain our right, but Ngozi Eze, would never allow us as she boosted that Chief Omeje, has to reclaim the fowl section and handover to her irrespective of the state government instructions.

“On December 25th, 2019 she was at the market collecting tolls without any approval. The council boss invited us for dialogue, and blamed Ngozi for shoddy deals but later she reneged and allowed her to take over collection of tolls while we have the autonomy of the market.

“We were asked to renew our contract agreement on January 2020 at the cost of N1 million which was paid on January 8, 2020/then on January 9, 2020 Ngozi Eze went and paid N1.2 million on the ground of the highest bidder takes the slot.

“We were attacked by thugs at the market led by one Nnanna Kalu who is on the run. We have met with the state governor who approved that the fowl dealers be granted autonomy to allow peace to reign in the market.

“Ngozi fought  the transition committee chairman Hon. Chinwe Ugwu before everybody in the market when she was on inspection of the market .We have the certificate of autonomy status of the fowl market together with the contract agreement which the council chairman orally revoked without any reason.

“The council boss later disbanded security of the fowl market, sized up the security apparatus, instituted another security outfit in the market.

“He offered to dissolve Ikpa market executives but later faced only the fowl market .The autonomy was the directive of the state governor, there are 30 revenue units at the Ikpa market which Omeje threatened to revoke, but only settled at fowl market alone because of interest while other units remained intact .

Ugwu said: “the chairman said he was expecting visit of the fowl dealers after Ngozi visited with items.  Before the autonomy was granted the fowl dealers went through a lawyer, who observed that unionism is not a must.

“The governor directed the transition committee chairman to grant the autonomy which Omeje revoked orally without any written document, pushed people into the market to collect tolls. We are watching with our certificate duly signed” she stated.

She maintained “the contract agreement was duly signed by the chairman, treasurer, head of personnel management (HPM) and revenue officer on January 28, 2020 which Omeje now revoked orally without any reason to pave way for Ngozi Eze without refund of the N1million which he promised.