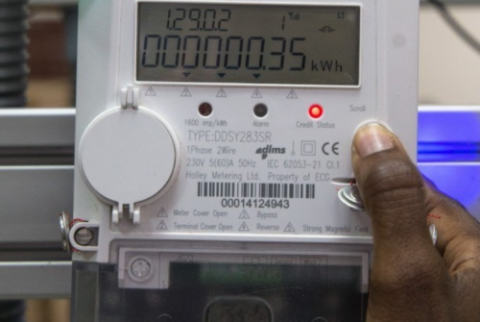 (AFRICAN EXAMINER) – Serious crisis is looming between electricity consumers in South- East Nigeria, and management of  Enugu Electricity Distribution Company (EEDC), over the organization’s resolve to dump prepaid meters they inherited from the Power Holding Company of Nigeria (PHCN) and return to estimated billing system, as residents of the region have vowed to resist the plan.

Our Correspondent reports that many residents who went to EEDC various offices in Enugu to recharge their prepaid meters were told that the meters were no longer in use from January 1, and were turned back.

The residents who were returning from Christmas holidays were advised to apply for estimated billing pending when a team of EDC staff would visit such customers’ locations to decommission the existing meters and get converted to a postpaid connection.

African Examiner learnt that the development was the same in EEDC offices in other major south East cities such as  Awka, Abakiliki, among others

Some of the angry residents who spoke to newsmen condemned the plan by EEDC to dump the prepaid meters for illegal estimated billing system, saying the wicked plan must be resisted. “And the only solution to this is to embark on a mass protest against this fraudulent EDCC” said a consumer who craved anonymity.

They wondered why EEDC which has not added any value to electricity distribution but has only succeeded in undermining untiring efforts of President Muhammadu Buhari in power sector was removing the functional prepaid meters and adopting the fraudulent estimated billing.

Reacting to the development, an Enugu based human rights lawyer, Barrister Olu Omotayo, described the action of EEDC as contrary to position of Power Sector Reform Act, 2005.

According to Omotayo, who is the President of Citizens Rights Realization and Advancement Network (CCRAN), explained that under the law, EEDC lacks such powers, adding that only the Federal Ministry of Power or National Electricity Regulatory Agency (NERC) could take such action.

“The power to make regulations belongs to NERC. The DISCOs are not private companies to make profit. You don’t as DISCO remove the rights of Nigerians to enjoy light. I am calling on the Federal Government to urgently take action and immediately cancel the license of EEDC under Power Sector Reform Act,” Omotayo said.

He further explained that the minister has power to cancel the license of EEDDC under Section 74 Sub Section 1 of the Power Sector Reform Act 2005.

The human rights activist said the action of EEDC was tantamount to sabotaging federal government and throwing the South East region into darkness.

However, when contacted, the Minister of Power, Alhaji Saleh Maman, said Federal Government was not encouraging estimated billing, describing the plan it as criminal.