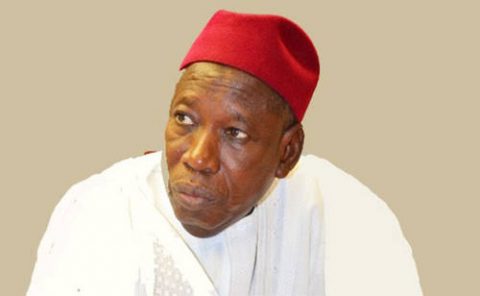 (AFRICAN EXAMINER) – A Federal High Court sitting in Kano has dismissed a lawsuit asking the court to mandate the Economic and Financial Crimes Commission (EFCC) to investigate the state governor, Abdullahi Umar Ganduje, for allegedly receiving kickback from a contractor.

The Presiding Judge Monday in his ruling held that the suit which was filed by a Kano-based lawyer Bulama Bukarti lack evidence.

Following the video where Ganduje was allegedly caught receiving a kickback from a contractor and published by an online newspaper last year, and later went viral on the social media, Bukarti prayed the court to mandate the Economic and Financial Crimes Commission (EFCC) to investigate the Governor.

The governor has since denied the allegation, saying the videos were doctored.

Recall that the Kano State House of Assembly has in the past suspended its investigation on the bribery allegation.