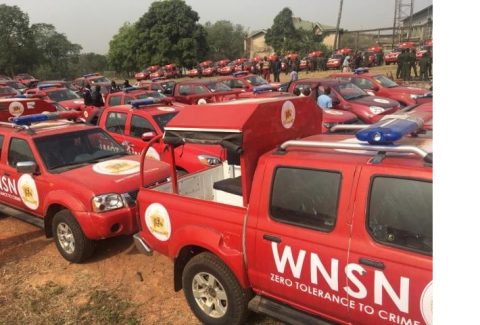 (AFRICAN EXAMINER) – The Ooni of Ife, Oba Adeyeye Ogunwusi, has called on personnel of the Western Nigeria Security Network (Amotekun) not to betray the region on the ideals behind setting up the security outfit.

Ogunwusi stated this on Thursday in Ibadan during the launching of Amotekun by the governors of the South West region.

Amotekun was evolved by the governors in the South West region to complement the efforts of the Nigeria Police in tackling security challenges in the region.

The Ooni said that the governors in the region had done their best, adding that it was left for the personnel and the residents of the region to work together for the success of the security outfit.

“All the traditional rulers are in support, the Federal Government is not opposed to it, let all and sundry support it for peace to reign in the region.

“The success of this security outfit will be of benefit to the present generation and generations yet unborn,” he said.

The governors present at the occasion were Kayode Fayemi of Ekiti, Oluwarotimi Akeredolu of Ondo and Seyi Makinde of Oyo while Osun and Ogun were represented by their deputies.