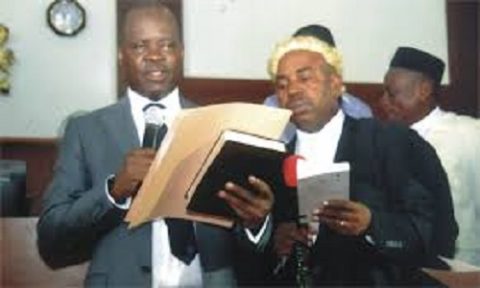 It would be recalled the new Speaker resigned his position (December 18, 2015) after the State Governor Nyesom Wike presented the 2016 budget under a circumstance which still remained mysterious.

The immediate past Speaker Adams Dabotorudima, Friday announced his exit at the Friday plenary and after the swearing-in of the 12 legislators who emerged winners of the recent – December 10, 2016, State and National Assembly (NASS) rerun.

The re-election of Ikuinyi-Owaji was conducted by the Deputy Speaker Marshal Uwom.