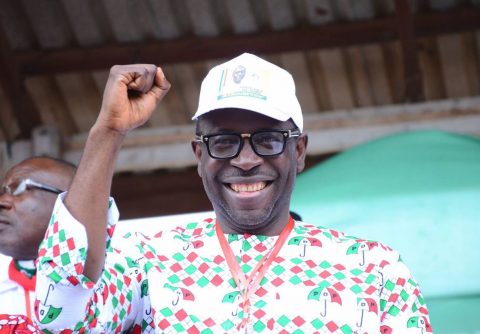 (AFRICAN EXAMINER) – Pastor Osagie Ize-Iyamu who is contending for the APC’s ticket for the September 19 governorship election in Edo State, has refuted claims that he is quitting the race.

He stated this on Wednesday, 3 June 2020 in a statement signed by his campaign organisation and signed by the Director of Communication and Media, Prince John Mayaki.

It stated: “We want to clarify to members of the public that the laughable report claiming that Pastor Osagie Ize Iyamu has dropped out of the APC governorship race and demanded a refund is completely false.

“It is a deliberate falsehood created and circulated by those who are afraid to confront him at the polls and are thus seeking ways to cause confusion and mislead the people. Pastor Osagie Ize Iyamu enjoys swelling support from party members across the 18 LGAs of the state. Therefore, he has no reason to quit the race.

“We urge members of the public to disregard information from questionable sources operated by individuals with no credibility especially as it pertains to the aspiration of Pastor Osagie Ize Iyamu.”

It also dismissed the report that a court has ordered Anselm Ojezua, who had allegedly been sacked as the chairman of the APC in the state, to return to his position.

It added: “Those claiming that a court order has reinstated the sacked Anselm Ojezua have only succeeded in admitting a truth they have long denied: that Anselm Ojezua has no position in Edo APC today, and the authentic leader of the party in the state is Colonel David Imuse (rtd.).

“How can a case that was never filed, never heard and without participation by lawyers be said to have been ruled on? The simple way to dismiss this falsehood is to ask those peddling the news to provide basic details such as case file number, legal representatives, and Presiding judge.”