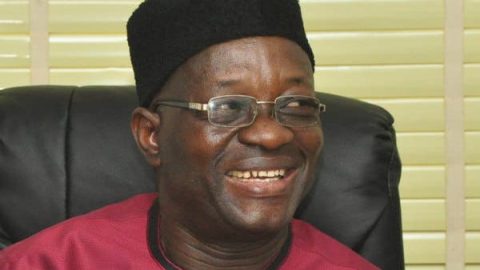 (AFRICAN EXAMINER) – Edo state Commissioner for Information and Orientation, Paul Ohonbamu, has resigned. The commissioner is yet to state the reason for his resignation.

In his resignation letter, he said “I hereby tender my letter of resignation as a commissioner in Edo State to His Excellency, Mr. Godwin Obaseki this 4th day of June 2020.

“Without setting a precedent, I have decided to step aside as a cabinet member and. Operate outside‎ it for the general good of Edo State and pursuit of happiness for the citizens.

“I remain eternally grateful to His Excellency, the Governor for indulging him in his purposeful and sophisticated administration.

“I greet you sir and the ever-loyal members of the state executive council. I am particularly delighted that His Excellency’s second term bid is firm and surefooted.

“Whether we shall meet again I know not, therefore our everlasting farewell take. If we do meet why we shall smile, if not it is true this parting was well made.”

African Examiner gathered that Ohonbamu may her resigned for allegedly being sidelined, by the Governor’s Special Adviser on Media and Communication Strategy, Crusoe Osagie.

The Governor’s aide allegedly took over his duties, a situation he reportedly had endured for so long.

Ohonbamu’s resignation, is coming a month after Governor Obaseki’s Chief of staff, Taiwo Akerele, left his appointment too.

Meanwhile, Governor Godwin Obaseki has approved the appointment of Mr. Stewart Efe as the new State’s Commissioner for Communication and Orientation.

Secretary to the State Government, SSG, Mr Osarodion Ogie, announced this in a statement Thursday.