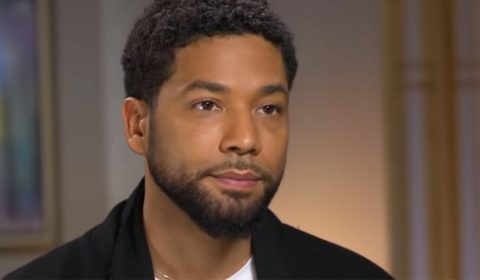 (AFRICAN EXAMINER) – Actor Jussie Smollett has been arrested after he was charged with lying to police when he claimed he was attacked and beaten by two masked men shouting racist and homophobic slurs, Chicago police said.

Smollett, a 36-year-old black, openly gay actor on the hip-hop TV drama “Empire,” told police on Jan. 29 that two apparent supporters of U.S. President Donald Trump had struck him, put a noose around his neck and poured bleach over him.

Smollett is in the custody of detectives, Chicago police spokesman Anthony Guglielmi said on Thursday, adding that authorities would offer more details from their investigation at a 0900 CST (1400 GMT) news conference.

Last week, police arrested two brothers who were recognised from surveillance footage of the area where Smollett said the attack occurred. The brothers’ lawyer told local media that her clients knew Smollett from working with him on “Empire.”

Since the alleged attack, Smollett had received support on social media, including from several celebrities.

But some had remained skeptical of the incident, which Smollett said, occurred around 2 a.m. on a Chicago street during one of the city’s coldest weeks in recent history.

In an interview with “Good Morning America” last week, Smollett said he was angry that some people questioned his story, and he suggested the disbelief might come from racial bias./NAN