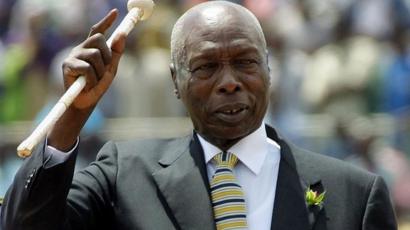 His death was announced by President Uhuru Kenyatta in a statement on Tuesday.

Mr. Kenyatta ordered national flags to fly half-staff from Tuesday until the day of the burial.

Recall that allies of the ailing Jomo Kenyatta had tried to change the constitution to prevent Mr. Moi, then the vice president, from automatically taking power upon Kenyatta’s death.

Fearing for his life, Mr. Moi during the time fled his home when he heard of Jomo Kenyatta’s death.

He returned only after receiving assurances of his safety.