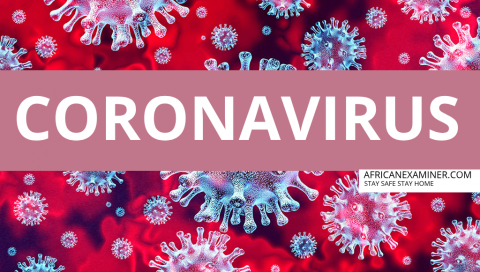 (AFRICAN EXAMINER) – The head of the World Health Organization (WHO) has condemned as “racist” the comments by two French doctors who suggested a vaccine for the coronavirus could be tested in Africa.

The doctors’ remarks during a TV debate sparked outrage and both were accused of treating Africans like “human guinea pigs’’.

One of the Doctors has later issued an apology.

When asked about the doctors’ suggestion during the WHO’s coronavirus briefing, Dr Tedros became visibly angry, describing the outburst as a hangover from the “colonial mentality”.

“It was a disgrace, appalling, to hear during the 21st Century, to hear from scientists, that kind of remark. We condemn this in the strongest terms possible, and we assure you that this will not happen.” he retorted.

As the number of confirmed cases in Africa continues to rise, many governments are imposing stricter measures so as to check the spread of the virus.

Kenyan President Uhuru Kenyatta has banned all travel in and out of the capital, Nairobi, and three other large towns for three weeks.

In Nigeria, President Muhammadu Buhari over a week ago in aspecial broadcast, announced movement restriction across the country, with total lockdown in Lagos State, FCT, Abuja and Ogun State.

Lagos and Abuja have recorded the highest number of confirmed cases in Nigeria. As at Monday, over 250 cases have been confirmed with five deaths.