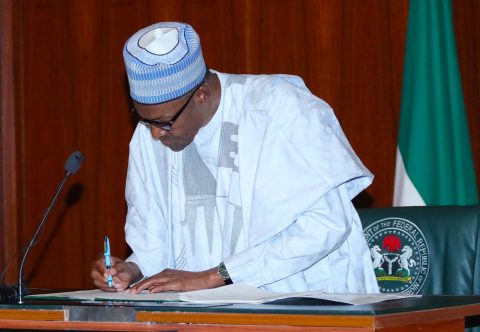 (AFRICAN EXAMINER) – A socio-cultural group, the Taraba Tiv People’s Association, has called on President Mohammadu Buhari to use his good offices as Commander-in-Chief to direct the Armed Forces of Nigeria to effect an immediate cessation of hostilities between the Tiv and Jukun communities of Taraba State to avoid a repeat of the Tutsi and Hutu debacle in Rwanda.

In a statement issued in Abuja on Tuesday, the group also urged the United Nations to quickly intervene in matter, to avert escalation of the genocide across the Taraba borders, stressing that Nigeria and the International Community must protect vulnerable groups from abuse of power.

It said the United Nations should offer immediate protection to the embattled, vulnerable and endangered Tiv population in Taraba State “since the perception of and reporting of genocide against the Tiv is affected by collective denial and political bias” and considering that “the Tiv have no voice in Taraba State and since previous attempts to proffer solutions were rebuffed by the Aku Uka and the Taraba State government.”

“The recent genocidal attempts to evict the Tiv from Taraba makes Taraba state a crime scene and the Governor of Taraba and the Aku Uka the chief perpetrators, enablers and enforcers of the crime of genocide,” it declared.

“The Tiv of Taraba are neither ‘settlers nor foreigners’. They are also not usurpers; they are citizens of this country and are seeking protection standing on the constitution of this country. It is irresponsible and criminal for the Government of Taraba State nudged by the Aku Uka to put barbaric traditions and culture ahead of the Nigerian Constitution by unleashing an irreversible genocide against the Tiv where they are being told to leave Taraba State or face death and expropriation. This is genocide,” it stated.

The group also demanded that a state of emergency should be declared in Taraba State and Darius Ishaku be held to account for his treason, while the Federal Judicial Commission of enquiry sits to fish out the sacred cows behind the on-going pogrom.

In the statement, published in full by a number of national dailies on Wednesday, the group implored the UN to quickly rise to the occasion and stop the Jukun tribe from waging genocide – a crime against humanity and precipitating a colossal human disaster across the Benue valley.

The public statement titled “the ongoing genocide against the Tiv in Taraba state of Nigeria: A rebuttal of Jukun fallacy and umbrage,” was jointly signed by

According to the group, “the Government of Taraba and the Aku Uka, have crossed the line of decency and turned Taraba state to a failed state where premeditated genocide is being waged against a particular ethnic group.”

It described the on-going crisis between the two ethnic groups ion Taraba as very similar to the Rwanda genocide when the animosities between the Tutsis and Hutus ended up with a senseless massacre of the Tutsis by the Hutus.

“The Federal government must institute a comprehensive administrative inquiry (since it has no constitutional powers to set up a high-powered Judicial Commission of Enquiry), now, to investigate all those who have taken part in the genocide against the Tiv and the circumstances that warranted this incremental genocide. Nigeria’s dignity as a nation cannot be restored unless justice and the prosecution of criminals in this pogrom are achieved,” the group demanded.

“The National Assembly, the Judiciary and the Presidency are hereby put on notice that an official of the Federal Republic of Nigeria, a state governor, Governor Darius Ishaku who swore on the Nigerian Constitution and the oath of allegiance has blatantly flouted these oaths,” it stated.

“On the 4th September 2019, he repudiated his oath of office by denouncing the Nigerian Constitution, as being inferior to Jukun Tradition and historical practices of conquest and plunder, which he declared are now the sacred rules of his government. He did this in grand style with harangue and tantrum, at a public gathering no less significant than his swearing ceremony. He on the same day, showed open animosity and antagonism and refused openly to show justice to his Tiv constituents,” it added.

It demanded that the Nigerian Independent Electoral Commission(INEC), should be directed to restore Tiv political rights by restoring polling booths, delimiting constituencies in Tiv areas and ensuring the registration of Tiv to vote in elections taking place in Taraba State.

Lamenting that the massive disenfranchisement of the Tiv in Wukari, Ibi, Takum and Donga Local Governments, had denied them, the most sacred right of citizenship- the right to vote, group insisted that “the Tiv of Taraba are of Taraba (and) the Jukun of Benue are of Benue.

“The misconception that Taraba state was created for the Jukun and Benue state is for the Tiv is nothing more than an egregious misconception or mischief. On the Benue state side, all ethnic nationalities in the state are Nigerian citizens of Benue State. The Jukun in Benue belong to Benue State so why can’t the Tiv of Taraba belong to Taraba State?

“The Tiv need to be compensated for all their losses. They have suffered horrendous human rights abuses and serious bodily and mental harm, loss of lives, homes and properties. They have been deliberately inflicted with unacceptable conditions of living calculated to exterminate them. They have suffered and continue to suffer genocide whose UN Convention was acceded to by Nigeria July 27 2009.  Enough is enough. This inhumanity should now be brought to an end.” the statement concluded.