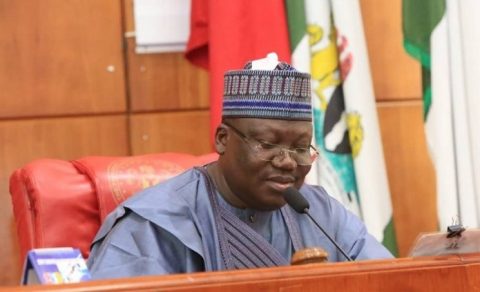 (AFRICAN EXAMINER) – A group, Civil Society Coalition Against COVID-19 (CISCAC) has called on the 35 senators who recently attended a three-day international training programme in London to go for Coronavirus test.

The coalition in a statement addressed by its Convener, Dr Nwambu Gabriel, in Abuja on Tuesday, demanded that the result of the test be made public in five days.

The group recalled that the 35 Senators, who were members of the Senate Committee on Petroleum Resources Upstream, attended the training organised by the Skills and Career Support Centre, London, between March 13 and March 15.

“These 35 Senators, even with the possibility of being infected with the dreaded COVID-19, found their way into the Senate chambers and continued plenary, thereby exposing other Senators to chances of contacting the global pandemic,” the group said.

It noted that, as at the time of the writing, these 35 Senators, who are public servants, had not undergone any form of test to ascertain their health status.

The statement which was also signed by the Secretary of the coalition, Malam Ali Danjuma, said that the federal lawmakers have rather continued to endanger the residents of the FCT and other Nigerians.

“We demand that the 35 Senators who travelled to London be made to check their COVID-19 status and such test should be made public within five days.

“We might be compelled to mention the names of these Senators at the expiration of the above-mentioned time limit,” it said.

The coalition also advised the FCT administration to avail the residents of the territory and Nigerians the information of areas where positive COVID-19 patients were treated.