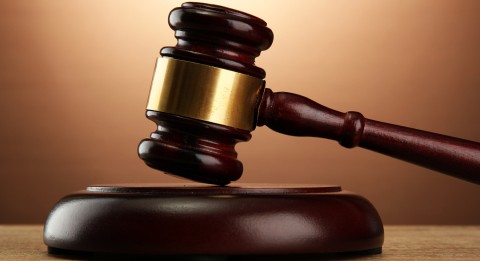 (AFRICAN EXAMINER) – A human rights body, Civil Rights Realisation and Advancement Network (CRRAN), has on behalf of a medical practitioner, Dr. Afam Edeh, who is a Consultant Surgeon dragged the Enugu East local government Area to court over alleged imposition of several illegal taxes on the citizens as well as unlawful invasion of his facility.

Dr. Edeh, who is the proprietor of “His Grace Medical Center” Enugu, noted that some of the said illegal taxes, ranges  “from Business Premises levy to various other illegal taxes imposed on citizens in the state by local governments in the state.

The case filed at the Enugu state High Court with suit No: E/257/2020, has Barrister Olu Omotayo who is president of (CRRAN), as counsel to the plaintiff.

African Examiner reports that the Originating Summons, formulated only one question for determination by the court which is as follow: Whether by virtue of Part 2, and Part 3, of the Taxes and Levies (approved list for collection) Act, Cap T2 Laws of the Federation 2011, Local Governments can collect levies for business premises.

According to the suit, upon the determination of the above-questions, the Plaintiff shall seek the following reliefs; A declaration that Part 2, of the Taxes and Levies (approved list for collection) Act, Cap T2 Laws of the Federation 2011, empowers only the state government to collect Business Premises registration levies.

“And also, ten million-naira damages against the defendants jointly and severally for unlawfully invading the premises of the Plaintiff and removing his properties.

The facts in support of the suit stated that on the 26th day of November 2018, some group of young men led by a senior official of the 1st defendant came to “His Grace Medical Center” at No.12A, Amaluwaeze Street, Ogwuagor, Abakpa Nike, Enugu, and demanded for business premises levy which they called permit.

“The nurses on duty told them that the Plaintiff who is the proprietor of the hospital was not around. To the surprise of the nurses, the men started carting away items and properties from the hospital.

He said: “when the Plaintiff was informed on phone by the nurses he pleaded with the 2nd defendant to return the items but he refused, adding that ” the 1st defendant officials came again to the Plaintiffs’ hospital on the 26th March 2019, and again demanded for payment of business permit.

“They were led by the same Hon. Obinna Okafor (the 2nd defendant). They threatened the Plaintiffs’ staff that if they comeback in two weeks’ time they will confiscate properties from the hospital. They, thereafter, dropped a “Demand Notice and left.

“The Plaintiff, thereafter, served the defendants Pre-Action notice wherein it informed them that he intends to take appropriate legal action on this matter. The said “Pre action Notices are hereby jointly exhibited as “Exhibit B”

“It would be recalled that the Civil Rights Realisation and Advancement Network wrote to the Enugu State government vide a letter dated 4th April 2019, addressed to the state governor urging him to halt increasing rights violations by local government officials who
supported by thugs are in the habit of seizing innocent peoples properties under the guise of collecting business premises levies but we  got no response from the state government.

Meanwhile, no date has been fixed by the Court  for the hearing of the suit.