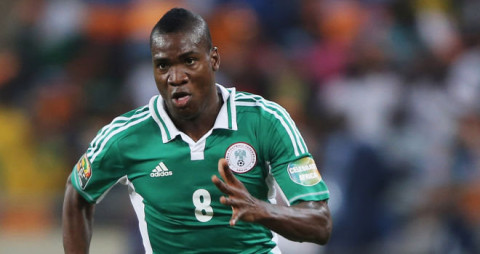 The Super Eagles striker, who joined WBA from Dynamos Kiev signed on July 18 is yet to link up with the Baggies for training because visa and work permit paperwork have not been completed. 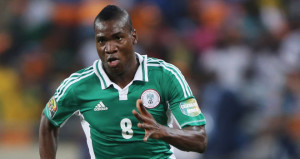 Ideye is being kept away from West Brom training by delays with paperwork West Brom’s £10m record signing Brown Ideye fears he will miss the start of the season as a result of these difficulties.

But Ideye said:”I need to join the team first, then train with the squad in front of the manager and so far I have not been able to do that.

“It all depends on how quickly the paperwork can be done. But realistically it will be difficult to target the first league game of the season for my debut.”

Ideye, 25, is yet to return to England since signing for the Midlands club and is almost certainly out of Tuesday’s friendly with Port Vale.

“The public holiday in Nigeria last week (Eid holiday) slowed things down a little bit on this side. I hope to get it sorted in the next couple of days because I can’t wait to join my new team-mates in England.”

And it is another blow for the Baggies after their other big summer signing, Joleon Lescott, limped off in Saturday’s friendly with Nottingham Forest on his return from a calf problem.

The ex-Manchester City defender, who has joined on a free transfer, lasted just 35 minutes.