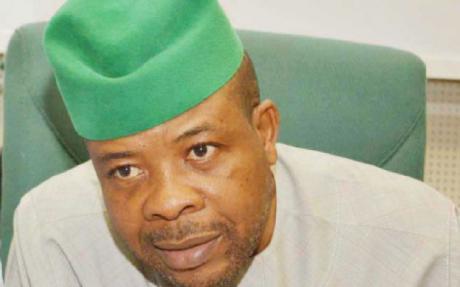 (AFRICAN EXAMINER) – Immediate past governor of Imo state, South-East Nigeria, Owelle Rochas Okorocha, has tongue lashed  the incumbent governor, chief Emeka Ihedioha, over his style of leadership, saying  rather than settle down to his responsibility of governance, he had been setting up committees as if he was still a member of the House of Representatives on oversight functions.

The ex-governor said his successor, is embarking on oversight functions as if he is still at the National Assembly where he was, uninterruptedly, for twelve years, advising him to stop behaving like a lawmaker.

Okorocha stated this Monday in Owerri, the Imo state capital via a statement issued by his Media Aide, Mr. Sam Onwuemeodo,

“The new governor of Imo State, Chief Emeka Ihedioha, has not started to govern the state; looking at his activities and utterances so far.” he declared.

“He has also been busy setting up series of committees with at least three committees a day and has never done any serious thing or taken any serious step or said any serious thing to show that he has actually taken the seat as the governor of the state. He also seems not to have cared about asking questions.

“The former governor left more than 1,000 verifiable projects behind for him. He has never cared to visit any of the projects to show that he has come to work and that he means well for Imo people.

“If he could be showing the world one bad toilet we knew they got from Owerri Office of the PDP when landmark projects are located at various parts of the state waiting for him to see, and know what to do with them; then he hasn’t come for service.” Okorocha stated.