In UK, One Killed, Several Injured as Van Runs Over  Muslim Worshipers 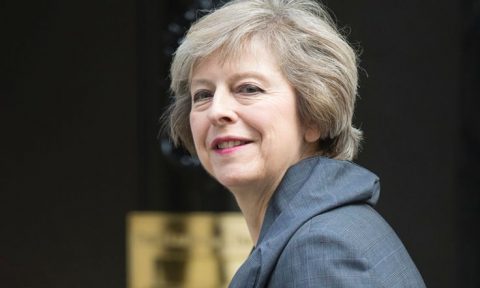 A man has died and eight people have been injured after a van ploughed into pedestrians near a north London mosque.

The van mounted the pavement and struck a group of people just after midnight near Finsbury Park Mosque in Seven Sisters Road. A 48-year-old man has been arrested.

Prime Minister Theresa May said police were treating it “as a potential terrorist attack”.

The Muslim Council of Britain said a van intentionally ran over worshippers.

An eyewitness called Abdul told the BBC he saw a man come out the van “and then he was shouting ‘where are all the Muslims? I wanna kill all Muslims.’ Literally he said that”.

Counter terrorism officers are at the scene, the Metropolitan Police said.