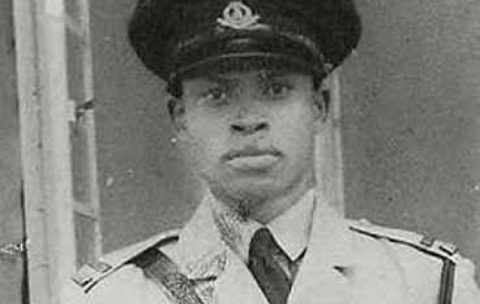 (AFRICAN EXAMINER) – The Bayelsa State Government has again paid glowing tribute to foremost freedom figther the late Isaac Jasper Adaka Boro, describing him as a symbol of the Ijaw struggle who will continue to live in the hearts of his people.

The State Commissioner for Information and Orientation, Daniel Iworiso-Markson in a statement in Yenagoa said the Late Boro will forever be remembered for his agitation and activisim for a better life for his people.

According to him, the late Boro and his compatriots left the comfort of their lives, made personal sacrifices all in their bid to end the oppression and subjugation of Ijaw people.

Iworiso-Markson said it was on account of his dogged fight for the welfare and wellbeing of his people that the Restoration Government of Governor Henry Seriake Dickson has continued to honour him year after year.

The Information Commissioner also said that just like Boro, Governor Dickson is passionately enhancing the capacity of youths in the state by providing quality but affordable education in order to raise a new generation of leaders like the late Ijaw icon.

He added that the building of the Ijaw National Academy, the University of Africa, the award of local and foreign scholarship to deserving students and the automatic employment of first class graduates and Ph.D holders of Ijaw extraction are all part of the efforts the governor is making to change the narrative of the people.

The Government spokesman maintained that Governor Dickson has introduced the intellectual approach in the agaitation for resource control and self determination which is a better strategy to probe and demand for the end of oppression and deprivation of people of the fourth largest ethnic nationality in the country.

He stressed that Dickson with a clear sense of direction has shouldered the burden and responsibility of the people by taking the front seat in the Niger Delta struggle and is working hard to lay the foundation of a new Ijaw Nation.

“To underscore how important the late Isaac Boro was, the Restoration Government brought his remians back home few years ago and gave him a befitting burial at the Ijaw heroes park. We have renamed the College of Education Sagbama after him, made some infrastructural development in his hometown and so many other things.

“The late Boro was an icon, a defender of his people and it is important that we continue to uphold the ideals for which he stood, fought and died for, which forms part of our collective history as Ijaw people. He will remain evergreen in our hearts”.

The Bayelsa Government mouthpiece equally said the traditional title of Adaka the second was a befitting recognition of the tireless efforts of the countryman governor to  keep the dreams of Boro alive and also sustain his legacy.