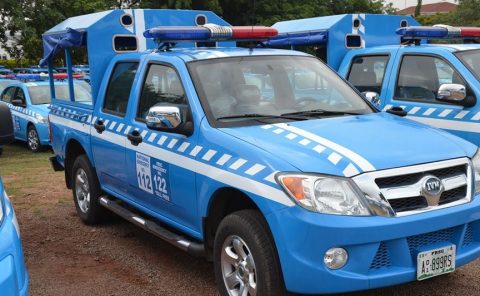 (AFRICAN EXAMINER) – Joint Admissions and Matriculation Board, JAMB is set to conduct a test for the Federal Road Safety Corps (FRSC),  the board’s Head, Media and Information, Dr Fabian Benjamin, made the disclosure in an interview with the News Agency of Nigeria (NAN) on Sunday in Lagos.
Benjamin said that the patronage by FRSC resulted from the success the board recorded in the recent conduct of recruitment test for the police.

“The corp marshal was at the board a few days ago, where he expressed confidence in the conduct of such third party examination by the board.

“He solicited for a partnership with the board to conduct the corp’s examination coming up soon.

He advised the prospective candidates for the examination to adhere strictly to instructions to avoid unfounded speculations.

”The board still finds it hard to believe speculations trailing the police recruitment examination  that candidates were examined in Arabic alongside  other subjects.

“Such rumours are not only misleading, but malicious and wicked.

“Let me state clearly that the candidates were tested on only English Language and nothing more,”  he told NAN.

The spokesman said that JAMB would continue to be transparent in examination conduct, adding that it would always give candidates equal opportunities.

According to him, the board has  been equipped with human and materials resources to conduct hitch-free examinations for recruitment, promotion and other selections in the most transparent manner.

“It is because of the confidence that organisation such as the EFCC, West African College of Surgeons and others have  in our process that we conducted similar examinations  for them in the past,” Benjamin said./(NAN)