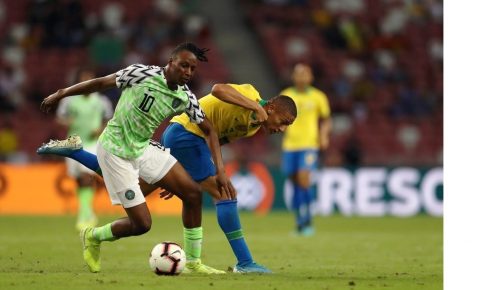 According to dailyrecord.co.uk, the former defender now turned pastor stated that the Scottish club Rangers midfielder is too weak and instead, Oghenekaro Etebo should be used.

Taribo said: “I’ve watched Joe Aribo play for Nigeria, but in my view, it’s clear he is yet to come to terms with it.

“There’s no other way of putting this – I think Joe is not a bad player, but he needs time to adjust to African football. It’s not the same as playing in Europe.

“In Africa, there’s no time on the ball and for me, Oghenekaro Etebo is a far better option, He’s quick, physical and reads the game. He should get Joe Aribo’s spot when he comes back.

“African football is just too physical for Joe.”