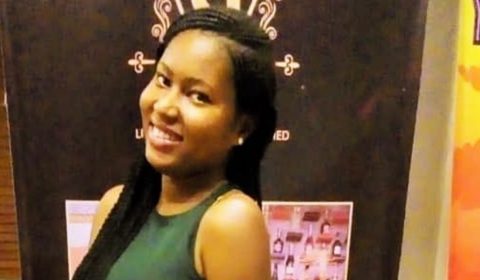 (AFRICAN EXAMINER) – Following the murder of a 22-year-old Uwa Omozuwa, who is a student of the University of Benin on Saturday, Nigerians in the micro blogging platform, have called for justice for the deceased.

According to report, Uwa was said to have gone to Redeemed Church of God, in Edo at Ikpoba Hill, Benin to read in the church auditorium, where she was attacked by some men, who raped her, hit her with a fire extinguisher and left her to die.

She was found by a security official at the church and she was rushed to the University of Benin Teaching Hospital where she narrated her ordeal, but died three days as a result of the injuries she sustained.

The case has been reported at the Oregbeni Police Station, Benin as many Nigerians wonder how the 22-year-old student was raped and killed in broad daylight inside a church.

Below are Nigerians’ reactions to the tragedy

Mazi Olisaemeka C. ™ @OlisaOsega wrote: “This innocent young lady was raped in church, then brutally slained. A church is supposed to be the safest place for anyone. So if something like this is happening in church, I really don’t know anymore. It’s heartbreaking!”

@Ifeoma_Solanke wrote: “The probable consequence of studying alone in church should not be Rape and/or Murder. Every day, the life of a woman is threatened by a crazy man. If it’s not police killing, it’s a man raping. My head is heavy. #JusticeForUwa No woman deserves this… We just want to be woman!

“A young lady was not only raped but she was also brutally murdered in cold blood at an RCCG church in Benin. The bastards who carried out this inhumane and atrocious acts must not go unpunished. They are forever cursed. Wicked and callous!!!

“This is UWA, a 22 year old girl who was raped in RCCG Benin, inside the church, is there no limit to this evil? The Culprits are on the run and they must be found and brought to justice.”

@DJINEE wrote: “Uwa’s story breaks me. We all have to admit that our parents have failed woefully in the raising of the male child. Concentrating too much on the conduct of the female child when it’s actually the males who have the higher propensity to do evil! #JusticeForUwa.”

The African Examiner reports that Governor Godwin Obaseki has since called on the law enforcement agents to bring the perpetrators to book.