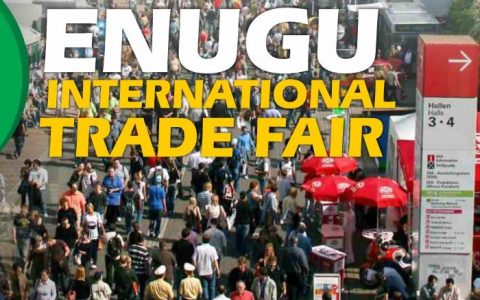 (AFRICAN EXAMINER) – The 2019 and 30th edition of the Enugu international trade fair has commenced at its permanent site, with some foreign exhibitors in attendance, just as its management appeals to the federal government to make the site befitting as those of Lagos and Kaduna.

Meanwhile, leadership of the fair, the Enugu Chamber of Commerce, Industry, Mines and Agriculture, ECCIMA, has explained the reason behind the adjustment in the original period earlier announced for this year’s fair.

The Trade Fair has been extended for two days, as it was earlier scheduled to last ten days from April 5th – 15th but has now been shifted to culminate in April 17, 2019.

Speaking during the opening ceremony Friday, president of the Chamber, Mr. Emeka Udeze, who announced the extension, said that the extension was necessitated by the clashing of the Fair with that of Kaduna International Trade Fair that had been ongoing and would end on Sunday, April 7, 2019.

African Examiner reports that the fair was declared open by the Deputy Governor of Enugu State, Mrs Cecilia, on behalf of Gov. Ifeanyi Ugwuanyi.

“May I announce that because of the Kaduna Trade Fair that has been going on and will end on Sunday, we have extended the closing date of the 30th Enugu International Trade Fair by two days. The Fair will now end on April 17, 2019,” the ECCIMA President.

Udeze had called on the Federal Government to expedite action in making the permanent site of the Fair a befitting one like that of Kaduna and Lagos.

He harped on the need to work on the road network within the Complex, the provision of water, as well as other infrastructure, pointing out that there was need to make the central pavilion attractive and befitting.

“May I wish use opportunity to once more appeal to the Federal Government to do the needful to optimise the development of the Enugu International Trade Fair Complex as with the case of Lagos and Kaduna Fair complexes,” he pleaded.

The ECCIMA, president decried how they had to task themselves in order to bring the fair to a manageable appeal to the public.

“In addition to our improving facilities in the fair ground, we went the extra mile three years ago and tasked ourselves through credit leveraging to asphalt part of the internal roads in the complex for more amenable environment to host our esteemed and highly valued participants and visitors to the fair,”

The ceremony was attended by captains of industry from various parts of the country, government functionaries among others.