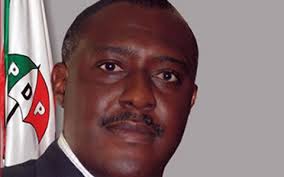 The embattled National Publicity Secretary of the opposition Peoples Democratic Party (PDP), Olisa Metuh is to be arraigned today (Thursday) by the Economic and Financial Crimes Commission (EFCC) before a Federal High Court sitting in Abuja over mutilating of his written evidence.

Metuh who has been in custody of the EFCC since January 5, 2016 was accused by the officials of the anti-graft body of tearing and attempting to swallow his statement, January 13, when he was asked to append his signature on it.

The opposition National Publicist was originally accused of collecting, through a private firm from the former National Security Adviser (NSA), Col. Sambo Dasuki (rtd), the sum of N400 Million, which is part of the $2.1 Billion arms procurement money.

He appeared in court Monday and was slammed with four count charge, including money laundering.

Metuh who during his investigation declined to disclose amount he collected from Dasuki on behalf of the immediate past President Goodluck Jonathan, as well as the purpose the sum was meant for, had pleaded not guilty to the allegations preferred against him.