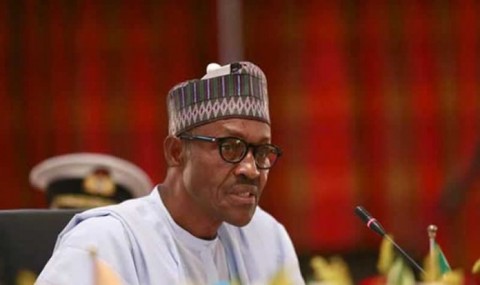 ABUJA, NIGERIA (AFRICAN EXAMINER) – After a week of embarrassing discoveries of series of errors and dubious allocations by some government agencies in the N6.08trillion 2016 budget estimates, the National Assembly on Tuesday postponed its passage indefinitely.

Although, both the Senate and the House of Representatives had penultimate Wednesday fixed the 25th of this month for the passage of the budget after the ongoing Defence sessions they are having with the various Ministries, Departments and Agencies (MDAs)

But gross errors already identified in the entire budget estimates at both chambers which in some instances, pitched Ministers against top civil servants of their ministries during Defence session within the last week, gave reason for postponement of its passage on the earlier fixed date.

Briefing the National Assembly correspondents of the decision Tuesday, Chairmen of Appropriation Committees at both chamber — Senator Danjuma Goje and Hon Abdulmumin Jibrin said the error filled budget, needs to be thoroughly corrected before passage, which has made 25th February, 2015 earlier fixed for that purpose, unrealistic.

According to them, a thorough clean up would have to take place on the budget estimates by appropriation committees of both chambers to make the budget workable and implementable when eventually passed at a date yet to be fixed.

Goje on behalf of the appropriation committees said: “We designed a timetable for the consideration and passage of the budget and that particular timetable that we will pass the budget on February 25, 2016 but as you are all aware, a lot of issues have come up and gladly so even the Executive arm of government have also come out to accept the fact that there has been a lot of errors in the budget.

“The appropriation committee would look at these issues after the whole budget Defence to do a very thorough work aim at doing a proper cleanup of the budget.

“So in summary the timetable for the passage of the budget is no longer realistic because appropriation committees of both chambers of the National Assembly we need additional time to be able to do a thorough job for the 2016 budget”.

It would be recalled that in Senate last week when the budget Defence session began, it’s committee on Education, discovered a padded figure of N10 billion in its votes for parastatals, which was strange to the Minister of State, Professor Anthony Anwuka who represented the substantive but weakly defended by the permanent Secretary of the Ministry, Mrs Folasade Yemi- Esan.

A similar scenario also played out on Monday this week when the Minister of Health, Professor Isaac Adewole declared to the senate committee on Health, that the ministry’s budget forwarded to the committee was not the one drafted by him.

According to Adewole, the provisions of the budget before the National Assembly was in contrast with the priorities of the health sector as contained in the original budget it prepared adding that some of the votes earmarked by the ministry for some activities had been re-distributed while some important fields in the sector had been excluded.

He said: “In the revised budget as re-submitted, N15.7 billion for capital allocation has been moved to other areas. Some allocations made are not in keeping with our priorities. There is nothing allocated to public health and family health. Over the last two years, nothing has been done on HIV…

“We have to look into the details of the budget and re-submit it to the committee. This was not what we submitted. We ‘ll submit another one. We don’t want anything foreign to creep into that budget. What we submitted is not there. We have not reached that stage and we find the money there.

But chairmen of the appropriation committees at both chamber said there would be no room for such withdrawal any longer since the budget details are already with them.

They said what they will do based on submissions of Heads of the various government agencies, is to correct all the errors for the budget to be implementable.

Meanwhile the office of the Senate President, categorically stated yesterday that the postponement of date for passage of the budget has nothing to do with his CCT trial as being insinuated in some quarters.

Special Assistant to the Senate President on Print Media, Chuks  Okocha who  made the clarification said he did so to prevent such insinuation being made a general story and creating friction between National Assembly and the presidency.