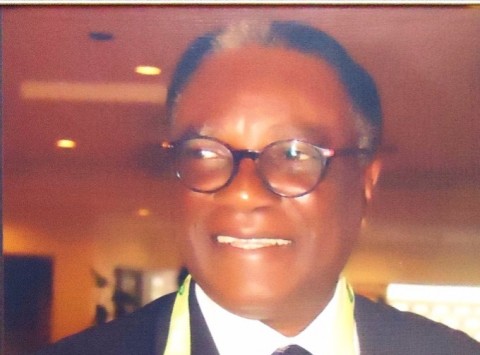 BALTIMORE, MD (AFRICAN EXAMINER) – President of the Nigeria Society of Engineers (NSE), Engr. Otis Anyaeji has said that the privatization of the power sector of the Nigerian economy was wrongly implemented by the federal government.

The NSE president noted that the way the privatization of the sector was pursued was a bit narrow-minded and those in the economic team of the government as at the time the power reform agenda was hatched, thought they knew it all.

At that time, according to him, Nigeria had the so-called Economic Management Team that operated on the basis that it is only what they say or think that matter and any kind of solution they proffered was the only option and the last word to such.

Speaking during an exclusive interview with African Examiner in Abuja, Engr. Anyaeji, explained that the type of arguments made to push privatization at the time it was done, were really very pitiable because they were saying that the government is irresponsible and it should have nothing to do with anything that provides service for the people.

“So the privatization was therefore carried out in a manner aimed pushing government out of business. That was a very wrong move because even in America, government is still involved in power supply. Even the regulator there for the transmission side of things, gas and hydro is under the Federal Energy Regulatory Commission (FERC). So it is wrong to say that government should not be involved.

“For a country where all the money is in the hands of the government why would you exclude government from investing in the economy? And then the private sector that has no funding you say they are the ones to do it. It just doesn’t work like that anywhere”, he added.

He said the kind of privatization Nigeria should have pushed for is the one where government is forced to try some decentralization of the facilities under their charge and then encourage private hands to build new facilities in addition to what exist.

“Meanwhile, you have a near non-existence private sector but you are saying that is the one that should take charge. So, that was the mistake the government or the country made. Wrong choice! The government ought to have continued with the facilities they had”, he further stated.

The NSE helmsman who is also a Mechanical and Cost Engineer, equally faulted the way the distribution component of the privatization process was handled, noting that the idea of selling both the facilities and the territories to the private investors, was wrong.

“It wriggles the ear to hear that a government used its own hand to sell off territories under its control to people in the name of privatization. That is just completely unacceptable.

“They should have privatized the facility themselves but not give that type of exclusivity to the territories because there is still a lot more to do in that distribution end. We are not quite connected up to 50 per cent”, he stressed.

While reacting to the on-going agitations and controversies trailing the proposed increased in electricity tariff across the country, he said the first step to be taken when creating a power market ought to be that of fixing the tariff and ensure that it is cost reflective.

“If the charges are not cost reflective, the people who are in that business cannot continue to sustain the operations of such business.  And so, you don’t even get anything at all. So it is not really fair to begin to say let the thing be steady before you begin to charge the appropriate tariff because if the people don’t charge appropriately, they will be losing money and if they are losing money, they cannot continue”, he added.

Engr. Anyaeji also expressed concerns over the issue of non-compliance to the tenets of due diligence on the part of government, particularly in terms of free accessibility to the facilities prior to the takeover by the new owners.

The people who went into the business as investors, according to him, are all lamenting that when they were bidding for this job, they did not have access because the Power Holding Company of Nigeria (PHCN) unions would allow them go in at the time.

He added that what was more important to government then was the schedules they set for accomplishing these things instead of making sure that the investors had full access, full disclosure, full understanding of what is in the facilities they are taking over.

“That did not happen and so there were assumptions. The bids and proposals made were based on assumptions which at the end of the day when they now have access to the place they found that the situation was not what they thought it was. If somebody is involved in this type of transaction, it becomes a bit tricky to at the same time to begin to talk about further investments”, he further explained.

The NSE president said the few existing departments such as management, legal, licensing and others only bring confusion to the whole business of regulating the electricity supply industry, adding that the commission also has the responsibility for the strategic development of the industry.

“When you are leading a sector, you lead by visioning. The entire business of strategy is founded on visioning. There is no way a lawyer can dream dreams better than an electrical engineer in the electric power supply industry. It is not possible”, he stressed.

He also harped on the need for the government to take a decisive decision on boosting productivity and manufacturing locally, adding that priority should be given ministries dealing with manufacturing.

“There are a number of them. If you want to do power project, you should make things here. The cables, transformers, switch-gear and so on should be made here and by the time you are doing that, you are providing jobs for people, saving foreign exchange, you are able to deal with spare parts, maintenance and repairs on a sustainable basis. So, these are the issues, if you begin to do that, then you can take charge” he further suggested.