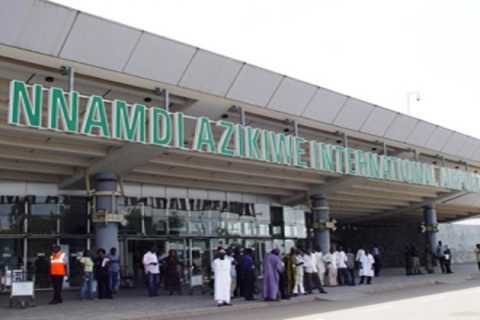 The planned shutdown was contained in a statement signed Saturday by the Director-General of the Nigerian Civil Aviation Authority (NCAA), Capt. Musa Nuhu.

According to Capt Nuhu, the closure would last till April 23, noting that emergency and essential flights could be operated from any of the airports within the period.

However, the NCAA boss clarified that domestic flight operations would continue in all airports in the country.

“Henceforth, all airports in Nigeria are closed to all incoming international flights with the exception of emergency and essential flights.

“Domestic flights will continue normal operations at all airports’’.

Meanwhile, in furtherance to its earlier move, the Lagos State Government has banned all religious and social gathering with over 20 people.

The latest announcement contradicted the earlier which reduced the number of people at the public gathering to 50.

The State Government announced the new move on its Facebook page after new 22 cases of coronavirus – also called Covid-19 were recorded in the country Saturday.

The message urged Lagos residents to adhere to the new directive.

On Saturday, the Federal Ministry of Health confirmed 10 new cases of the coronavirus disease in Nigeria out of which three were in the Federal Capital Territory and seven in Lagos State.

The new cases bring the total number of confirmed cases in Nigeria to 22.

Ironically, the first and index case as well as the second, have both been discharged later on Friday.

The State Governor, Babajide Sanwo-olu confirmed the discharge in his verified Twitter handle.

Reports said the 10 new cases are Nigerian nationals and nine of them travelled to Canada, France, Netherlands, Spain and the United Kingdom.

The 10th case was said to have close contact with a previously confirmed case.