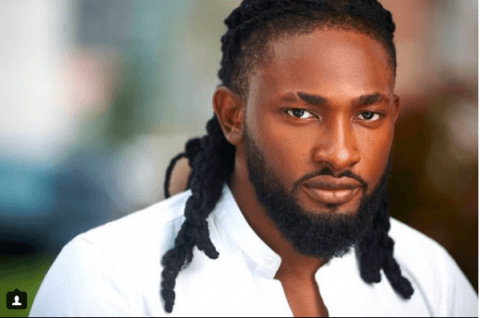 (AFRICAN EXAMINER) – Nigerian reality TV star and actor, Uti Nwachukwu, has reacted to the allegations of rape levelled against him.

It will be recalled that a lady who identified herself as Kambili Korie had alleged that the Uti raped her few years ago.

Reacting, Uti, stated that his accuser should report the case to the police.

he wrote: “I reject this characterisation and deny this baseless allegation in the strongest terms possible. Furthermore, I am urging this faceless victim to report this purported crime to the nearest police station.

“I am willing to pay for all the fees you incur in reporting this alleged crime if after 3 days u fail to disclose yourself or report the crime, I shall proceed to report the case and the blogs and other internet host spreading this fake news to the inspector general of police for cyber terrorism and Libel.”

He also blasted media houses that have reported the false claims without verification.

He concluded: “I am appalled and disgusted that blogs are too lazy to properly investigate baseless claims before putting up badly scripted and edited posts on their pages all for numbers they get from the back and forth drama. Shame.

“How do you put up posts from a faceless twitter page created months ago? You put up fabricated and photoshopped chats and tweets doctored by these mindless trolls without proper investigation? Once again dear faceless victim, 3 days and your time starts now.”