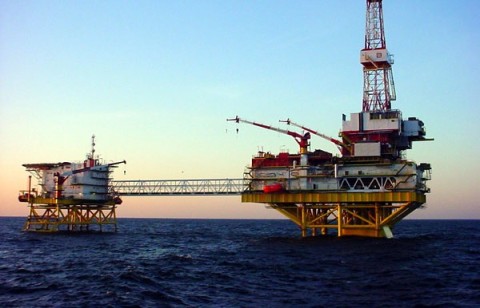 (AFRICAN EXAMINER) – The three refineries owned by the Federal Government lost a total of N111.27bn from January to September this year, the Nigerian National Petroleum Corporation said in its September report. The refineries posted a loss of N96.31bn in the same period in 2018, according to the NNPC data. Nigeria, Africa’s top oil producer, relies largely on importation for refined petroleum products as its refineries have remained in a state of disrepair for many years despite several reported repairs. The refineries, which are located in Port Harcourt, Kaduna and Warri, have a combined installed capacity of 445,000 barrels per day but have continued to operate far below the installed capacity.

They lost N8.362bn in January; N10.26bn in February; N16.04bn in March; N11.44bn in April; N13.63bn in May, and N17.42bn in June. The plants recorded a loss of N13.84bn in July; N13.21bn in August and N7.07bn in September. Kaduna refinery, which did not process any crude in eight months, lost N44.06bn, according to the NNPC. Warri lost N33.88bn as it did not process any crude oil in April, June, July, August and September. Port Harcourt refinery posted a loss of N33.31bn as it was idle in January, April, May and June, July, August and September. “Similar to August 2019, no white product (petrol and kerosene) was produced in September 2019. The lack of production is due to ongoing rehabilitation works at the refineries,” the corporation said.

The NNPC said it had been adopting a merchant plant refineries business model since January 2017. It said the combined value of output by the three refineries (at import parity price) for September amounted to N1.03bn. The national oil firm said, “No associated crude plus freight cost for the three refineries since there was no production while operational expenses amounted to N11.24bn. “This resulted in a current operating deficit of N10.20bn and an adjusted deficit of N7.07bn by the refineries; after adjusting for prior overstated deficits by PHRC.”

In the first term of President, Major General Muhammadu Buhari (retd), the NNPC had planned to rehabilitate the refineries in order to attain a minimum of 90 per cent capacity utilisation, using third-party financiers and the original refinery builders to provide the requisite funding and technical support. However, after over one and a half years, negotiations with financiers stalled in December 2018 due to varying positions on key commercial terms. The Minister of State for Petroleum Resources, Chief Timipre Sylva, said in October that the rehabilitation of Port Harcourt refinery was ongoing, adding that Warri and Kaduna refineries would be revamped in the first half of next year.

It is important to point out that, the nation’s refineries located in Port Harcourt, Warri and Kaduna will refine crude oil at optimum capacity come 2022, the Nigerian National Petroleum Corporation announced recently. NNPC’s Group Managing Director, Mele Kyari, who disclosed this during a facilities tour of the Port-Harcourt Refining and Petrochemical Company, stated that full rehabilitation of the plants would commence January 2020. A statement by the corporation’s Group General Manager, Group Public Affairs, Ndu Ughamadu, said the NNPC helmsman’s visit to the refinery was part of his commitment to ensure that the nation’s refineries deliver value. Kyari said making the refineries to operate at optimal capacities was a mandate that NNPC as a corporation would leave no stone unturned to actualize, adding that timely delivery of the asset was a priority.

He said, “We will stick to time, we will deliver this project by 2022. We will commence actual rehabilitation work in January. We will do everything possible between October and December to close out all necessary conditions for us to deliver on that project. “I believe that with the support that we have from the shareholders – the government of this country, the entire staff of this company and the contractors, I believe it is doable and we will deliver the project.” He tasked the contractors on the need to consider their reputation as the most critical element in business processes and engagements.

Kyari said, “It’s no longer about business now, but a reputational issue. For the original builders of the refinery, Tecmmont, Eni / NAOC and NNPC, let us be conscious of the fact that our reputation is at stake as far as this project is concerned. “The NNPC leadership has promised this country that our refineries will work, therefore, we must work not to disappoint over 200 million Nigerian stakeholders.” He also challenged the PHRC management to ensure that the nation’s indigenous engineers and other professionals working in the refinery were fully engaged to participate actively during the rehabilitation exercise and own the process.

It would be recalled that the ex NNPC GMD, Maikanti Baru, said the corporation would take the capacity utilization of the refineries to 60 per cent by the end of the year, and then 80 per cent by the end of 2018. The refineries, collectively, have been underachieving in the past two decades. “It is the procedure or methodology that we are changing a little bit; we are focusing on the process licensors to come and audit our process units in the various refineries,” he explained.

This piece of news appears exciting, but it can only be celebrated by those not conversant with the sordid history of the corporation and its mismanagement of the refineries. Anyone familiar with similar promises in the past would know that it is another grand design to channel public fund into a wasteful venture. In fact, Baru’s proposal is hardly different from what one of his predecessors, Abubakar Yar’ Adua, did to justify the reversal of the sale of the refineries affected by the Olusegun Obasanjo administration in 2007.

Citing complaints that they were sold cheap while the process of sale lacked transparency, the late Umaru Yar ‘ Adua had reclaimed the 51 per cent government interest in the Kaduna and Port Harcourt refineries sold to the Bluestar Consortium soon after he assumed office as president in 2007. The then NNPC GMD, Abubakar Yar’ Adua, boasted that he would revamp the refineries, only for money to be pumped in for a turnaround maintenance that turned nothing around.

So much of the country’s resources have gone down the drain under the guise of making the refineries work again. It is estimated that the TAM gulped about $ 1 .74 billion between 1999 and 2016, $ 1 billion of which had already been spent by 2007, according to a former NNPC GMD, Funso Kupolokun.

It was also reported that the former Minister of Petroleum Resources under the Goodluck Jonathan administration, Diezani Alison -Madueke, planned to get a $ 1 .6 billion Chinese loan for yet another TAM in 2014. Years after, Nigeria still remains a net importer of refined petroleum products; it has been so for decades now, which is scandalous for a country that is a leading crude oil producer. Alison -Madueke had regaled Nigerians with stories of how the original builders from Japan would be engaged to bring the four refineries in Kaduna, Port Harcourt and Warri, with a combined capacity of refining 445, 000 barrels per day, up to 90 per cent functionality. This also failed, fuelled by corruption.

A 2006 report by Hart Resources Limited, quoting the Nigeria Extractive Industry Transparency Initiative, claimed that it was deliberate acts of sabotage that were militating against the efficiency of the refineries, ” since an apparent gain could be made by choosing to sell ( NNPC’ s allocation of the 445,000 barrels of crude oil ) rather than refine. ” Another report quoting NEITI also noted that for a period 21 months – between January 2015 and September 2016 – the refineries worked for only 8 .55 per cent of their combined installed capacity. The report said that the refineries did not process crude oil at all for seven out of the 21 months under review.

Contrary to claims in the early days of the current administration that the refineries had been rehabilitated by local engineers and were close to working at full capacity, it was reported towards the end of last year that the combined capacity utilization in September was just 1. 96 per cent. The capacity utilization of the Warri Refinery and Petrochemical Company in October 2014 reportedly stood at 1 .42 per cent, while that of the remaining three was zero per cent.

Recalled that, the immediate past, Group Managing Director of the Nigerian National Petroleum Corporation (NNPC), Dr Maikanti Baru, said that the country’s refineries had not undergone Turn Around Maintenance (TAM) for an aggregate of 42 years. Baru disclosed this in his New Year message issued by the Corporation spokesman, Mr Ndu Ughamadu, in Abuja. He said that in spite of the challenge, major rehabilitation works were carried out in all the three refineries. He noted that the Warri Refinery and Petrochemical Company, WRPC, had its Distribution Control System (DCS) successfully upgraded while the Port Harcourt Refining Company (PHRC) had major interventions in Fluid Catalytic Cracking Unit, (FCCU) and Power Plant Unit (PPU) fixed. He added that Kaduna Refinery and Petrochemical Company (KRPC) was undergoing major repairs of its FCCU, Catalytic Reforming Unit (CRU) and Crude Distillation Unit 2 (CDU2). According to him, efforts are afoot to get the original builders of the refineries to carry out TAM on them after securing favourable private funding for the exercise.

On the downstream sector, he said that although 2018 was riddled with some supply shortages, he was delighted that the corporation rose to the occasion with the support of President Muhammadu Buhari and the resilience and hard work of NNPC staff members. “As at today, there is fuel availability in the nooks and crannies of the country,” he said. He further disclosed that the NNPC imported a total of 15.874, million metric tonnes of Premium Motor Spirit (PMS), otherwise called petrol through the DSDP and the NFSF arrangement in 2018. This, he said represented a 62 per cent increase over the 2017 supplies of 9.807 metric tonnes. “As at today, the NNPC has 2.98 billion litres, equivalent to over 59 days sufficiency at 50 million litres daily evacuation,” he said

He added that the corporation’s depots had been resuscitated and put to use through decanting of over 140 million litres of PMS nationwide, explaining that systems 2B and 2E pipelines supplying petroleum products to South West, South-South and South-East Regions had been resuscitated. On the Industry milestones in the outgone year, Baru disclosed that the Egina project had achieved First Oil at 11.20 pm on Dec. 29, 2018 while he noted that the Egina Floating Production Storage and Offloading, FPSO, vessels were currently adding 200,000 barrels of oil per day to the country’s crude oil output. He further stated that Nigeria’s crude oil daily production recorded an upward swing of about 2.09 million barrels in 2018, translating to a nine per cent increment, compared with the 2017 average daily production of 1.86 million barrels. Compared against the low-level daily crude oil production in 2016 and what obtains now, Baru, said the nation had maintained a line of consistent year-on-year improvement.

He explained that the average production from NPDC’s operated assets alone grew from an average of 108,000 of oil per day (bod) in 2017 to 165,000bod in 2018. He described the feat as the strongest production growth within the oil industry in recent times, even as he added that it was worth being celebrated.

The ex-GMD said NPDC’s equity production share which stands at 172,000bod, representing about eight per cent of national daily production, was no less impressive. He added that the desired results were the outcomes of initiatives his Management team intended, among which, he noted, were the Asset Management Team (AMT) structure, Strategic Financing, Units Autonomy and security architecture framework.

Hence, it is very important that the government look critically at the issue of refineries’ repairs with the aim of stemming the ugly tide of endless repairs without concomitant and attendant results; this appalling trend must stop forthwith and the refineries must be properly fixed once and for all; this is only way to go and it be done as soon as possible.