OPINION: The Python Does Not Dance…, By Reuben Abati 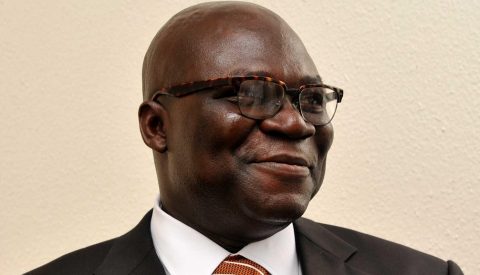 (AFRICAN EXAMINER) – Operation code-names have been an important part of military operations since the Germans first applied them in World War 1 but it may be said that the recent (or ongoing?) controversial military exercise in the South Eastern part of Nigeria codenamed Operation Python Dance II is the first major incident in Nigerian military history to draw attention to this seemingly routine aspect of military operations worldwide. An operational code name requires creativity, it is meant to be a cover up, hide the real intentions of the operation, achieve a public relation stunt if possible, and ease communication and strategic documentation within the military hierarchy.

The Nigerian military has never been so clever in coming up with operation code names: many of them are dead give-aways  (Operation Lafiya Dole, Operation Pulo Shield, Operation Maximum Safety, Operation Crackdown) or so stupidly incongruous they evoke instant suspicion (Operation Python Dance, Operation Crocodile Smile). Pythons don’t dance. Crocodiles don’t smile.  Wars have been fought over the use of wrong codes; nations have been sabotaged due to poor communication. Whoever came up with the code name – Operation Python Dance- (sometimes a code name may be computer generated) may have been aiming for irony, but it was strange irony given the facts of the situation and the manner of operation. I make this point to argue that the Nigerian military has messed up Operation Python Dance II in the South East conceptually and operationally, and the attendant arrogance does not serve the Nigerian state well in my view.

A dance is accompanied by music, it is celebratory in its kinetic and spatial expressions, and it is probably one of the most ingenuous explorations of the human frame. Accompanied usually by music and the symbolism of movement and flexibility, a dance, vertical, horizontal or earth-bound is one of the wonders of human creativity and the most universal of human languages.  There is something called snake dance.  It is of course celebratory. To say a python is coming to a community to dance is a revelatory oxymoron. A python swallows, it cuts off blood, constricts and suffocates, it is a pretentious animal that curls itself up when it is ready to eat, and then strikes, employing the techniques of velocity, ambush and surprise.

In December 2016, the pythons of the Nigerian military went to the South East on Operation (I) but they did not blow their cover. They said they wanted to help reduce crimes during Christmas.  In September 2017, they blew their own cover, and revealed the absurdity of their cryptonym. They did because they behaved exactly like pythons.  If that was meant as a covert operation to protect the sovereignty of the country in the face of “seen and analysed threat levels” in the South East, the Nigerian military got it terribly wrong. There is every reason for other military authorities in the international community to laugh at Nigeria.

The military admittedly can conduct routine exercises to prepare its men, to tune up or to check out the country’s territorial integrity. Before and even shortly after the civil war, Nigerian soldiers occasionally came out of their barracks and drove round the town. They used to sing, march on the streets and dance inside their trucks and wave at the people. The people waved back, and in due course, many children mastered some of their songs. In our neck of the woods at the time, there is an Alamala barracks in Abeokuta, one popular song was: J’amala n si ko, mo ti j’amala ki n to lo s’ogun, j’amala n siko”.

Soldiers were honoured in those days for protecting and saving the country, but since the Nigerian military became politicized and greedy, soldiers have lost so much respect. The proposed demilitarization of African governments, long after the second wave of democratization in Africa has not yet yielded significant outcomes. The soldiers tasting politics has been like the tasting of the forbidden fruit. In and out of uniform, they have retained their hold on power and when one of their own manages to return to power in a civilian dispensation, they simply lose their nerves.  The Nigerian military has fallen victim in this regard on many occasions since 1999. This is what we are dealing with.

The latest instance is the bungled operation in Abia State. Operation Python Dance II did not have to take place in the streets of Isiama Afara in Umuahia, Abia State, close to Nnamdi Kanu’s father’s house. The public show of force could have been done anywhere else in the South East.  Strutting military force close to the home of the leader of the Indigenous People of Biafra, who in the last year has been busy mobilizing his people, and making demands on the Nigerian state is an undisguised act of provocation with all the pythonic elements of invasion, surprise and suffocation. It was the equivalent of the state descending to the level of rabble-rousing. This happens when an institution like the military opts for street politics, and our military certainly exposed itself in ways that called its professionalism to question in the last few days.

One, the Nigerian military has consistently usurped police functions since the return to civilian rule. The functions of the military are properly spelled out in Sections 217-219 of the extant Nigerian Constitution. But the leaders of the Nigerian military and their retired masters in partisan politics like to behave differently. They’d rather do police work in pursuit of a responsibility expansionist agenda.  In a statement issued by Colonel Sagir Musa, of the 82 Division, we are told that Operation Python (II) is meant “to sharpen the skills of the participating troops in the conduct of Internal Security Operations” and these include challenges such as “kidnappings, farmers-herdsmen clashes, secessionist agitations and insurgency of any form… armed robbery and traffic gridlock.”  Colonel, sir! There is no insurgency or insurrection in the South East, and it is not the duty of the military to focus on armed robbery and traffic gridlock!

If the issue is the country’s sovereignty, the simplest thing to do would have been for the police to invite Kanu for questioning, or ask the courts to revoke his bail, or declare him and his associates wanted if they fail to cooperate. The continuous reliance on the military for virtually every national security matter overstretches it and renders it less efficient for its core mandate, and by the same token weakens law enforcement agencies.

Two, the military performed a political function and committed a procedural error when on its own, it declared IPOB, a terrorist organization. Senate President Bukola Saraki has already dismissed this as an ultra vires act. The grounds for declaring a group a terrorist organisation in Nigeria is already defined in the Terrorism Prevention Act of 2011 (as amended), and as outlined in Sections 3-15 thereof. I admit that IPOB may have engaged in acts of provocation within the purview of these provisions given the establishment of the Biafra Secret Service and the Biafra National Guard, but it is not the duty of the military under a democratic dispensation to act as judge, jury and executioner.  What exactly is the level of threat actually posed by Kanu and his followers? The military talks further about “unauthorized blocking of access roads, extortion of money from innocent civilians at illegal roadblocks and militant possession and use of stones, Molotov cocktails, machetes and broken bottles…” The Nigerian military is now looking for machetes and stones? It is also in charge of the monitoring of hate speech?

The Governors of the South East also announced that the IPOB had been proscribed in all five states of the South East. They simply made a pronouncement, without any legal backing whereas in a decided matter, the IPOB had been declared legal and legitimate and that Federal High Court ruling has not been vacated. The panic response by the Governors can probably be excused. It must be clear to some people that with Kanu’s increasing messianism and popularity, the South East was clearly one step away from Operation Python Dance II to the declaration of a state of emergency.  But the Governors may just have been more interested in their own political survival.

What has been achieved in the South East right now is a profit and loss situation for all the parties concerned. The military is certainly not looking professional enough. The reported abuse of human rights in the wake of Operation Python Dance II is bringing nothing but shame to Nigeria in the international community, and many Igbos at home and in diaspora who were aloof towards the IPOB campaign have suddenly been woken up to express concerns about the politics of being Igbo in Nigeria.

These new members of the cause are already mobilizing international opinion against the government of the day as can be seen in one contribution that is being circulated online which has reduced everything to the old, and problematic formula of religious and ethnic conflict in Nigeria. Serving Nigerian military chiefs can beat their chest and claim that they have helped the President and Commander in Chief to prove that he meant business when he threatened to deal with anyone and anybody engaged in “terrorism” in a recent speech, but they have also in doing so, done great damage to his politics in the South East, if not the entire Southern Nigeria.

Similarly, Nnamdi Kanu gains in losing and loses in gaining. I had argued previously that by taking wrong steps and focusing too much attention on him, the Federal Government has more or less turned Nnamdi Kanu into an Igbo hero and symbol. They even helped him to run away before Operation Python Dance got to his father’s house. The military over-dramatised their own ambush tactics.  Now that Nnamdi Kanu has been declared a terrorist, he would probably have no reason to place himself in a situation where he can be easily arrested, and with IPOB driven underground more or less, that organisation has been made more potent.  For all you know, Kanu is most likely now in a neighbouring African country from where he can conveniently find his way to Europe or North America and from that distance, he can become a political refugee doing even far more damage. The international community will listen to him, and he needs do no more than complain about all possible ills in Nigeria and the rights of Igbos to self-determination, even if the process of self-determination is not as easy as he and his followers make it sound.

Other Nnamdi Kanus will also emerge if fundamental issues at stake in the Nigerian union are not addressed. Technically, this particular Nnamdi Kanu’s job may well be done. He has awoken the ethnic nationalistic consciousness in not only the Igbos, but all Nigerians, and whether the powers-that-be like it or not, Nigeria would still sooner than later return to and address the subject of restructuring and the same open dialogue that has been resisted would still take place. Even if Nnamdi Kanu is not part of that dialogue, the role that he has played will be part of the story to be told.

I speak in these terms because his decision to go into hiding or to run away has been interpreted as cowardice. He had asked his followers to stand up and fight for their rights, but when the Pythons headed towards his abode, he and his parents opted for a rapid dialogue with their feet. Not all revolutionaries run away…perhaps it is better for Nnamdi Kanu to live, so he or others can fight another day.

This is no time for the critics of Kanu and IPOB to heave any sigh of relief. The Python does not dance. Nnamdi Kanu couldn’t dance either. Those who leave fire on their roofs and go to bed will harvest an inferno.