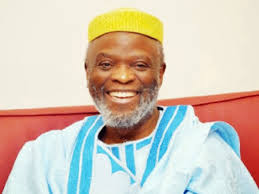 This is just as the ruling All Progressive Congress, (APC) in its reaction rejected the judgment, describing it as a rape on the mandate freely given by Ekiti electorate to the APC Senator.
The PDP made the commendation in a statement in Ado Ekiti on Wednesday by its Publicity Secretary in the State, Mr Jackson Adebayo.

“We congratulate all members of our party in the state and particularly congratulate Sen. Biodun Olujimi for her courage to fight the battle to a victorious, logical conclusion,” Adebayo said.

He urged all the leaders as well as members of the party to see the victory as an act of God; hence the need to cooperate to move the party forward.

“We want to assure all our members that with the victory of Sen. Olujimi there is a great future for the Party. What we just need is to walk in unison towards subsequent elections in the State,” Adebayo said

However, the ruling APC in Ekiti state, in a statement rejected the Court of Appeal judgment which sacked the spokesman of the Senate, Dayo Adeyeye.
The APC in a statement by its Director of Media and Publicity, Mr Sam Oluwalana, said the verdict did not reflect the wishes of people of the Ekiti South Senatorial District.

“The judgment delivered earlier today can best be described as a travesty of Justice and robbing Peter to pay Paul,” he declared.