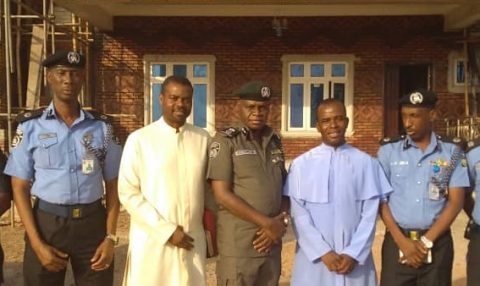 Recall that some members of the Ministry had last week issued a press statement in which they alleged that the fiery catholic priest narrowly escaped death in Enugu last Thursday, when unknown gunmen allegedly open fire on his vehicle.

The Enugu state police public relations officer, PPRO, Ebere Amarizu, who disclosed this to African Examiner in Enugu on Monday through a statement, said: “the directives for a full-scale investigation was given by the Enugu state commissioner of police, Dan Mallam Mohammed.

He said the commissioner, “had visited him with some senior police officers of the command on 10/12/18 at the Adoration ground at Umuchigbo Enugu East local government area to find about things.

According to the command’s spokesman, “responding during the visit, Rev. Fr Mbaka thanked the commissioner of police and entourage for the visit which has really portrayed the police as friends who feels for the members of the public.

Amarizu said commissioner, Dan Mallam, had informed the priest that “he came with his entourage to see him and to find out things in relation to the said incident which he described as unfortunate and assured that his operatives will stop at nothing at carrying out a full-scale investigation into the said attempt on him.