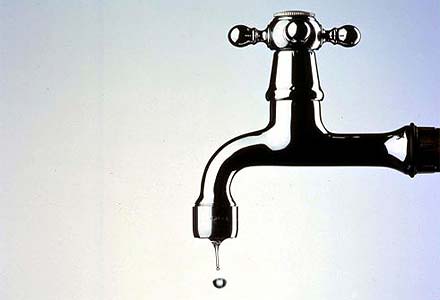 Poor water, sanitation and hygiene is costing Nigeria about N455 billion, amounting to 1.3 per cent of the country’s Gross Domestic Product (GDP) each year, WaterAid Nigeria has said. 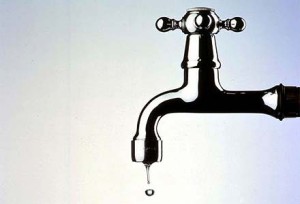 WaterAid Nigeria, an affiliate of WaterAid International, a civil society organization (NGO) with presence in 27 countries across Africa, Asia and the Pacific region, lamented that access to sanitation remains a major challenge in the country.

The group noted that though the deadline for the world to meet its Millennium Development Goals (MDGs) is now only two years away, yet in Nigeria, only 31 per cent of the population has access to improved sanitation. This figure, according to WaterAid Nigeria, means about 112 million Nigerians do not have access to improved sanitation while a staggering 37 million (23 per cent of the population) still practice open defecation.

The group also disclosed that nearly 100,000 children under the age of five die of diarrhoea in Nigeria every year as a result of the nation’s poor levels of access to sanitation and water, adding that despite numerous national and international commitments, politicians are still not paying enough attention to the water and sanitation crisis in the country.

It further stated that the problem was not just about the unhygienic conditions but its devastating spiral effects like for instance, in situations where there no private toilets, women and girls are vulnerable to violence, intimidation and indignity.

The group also observed that lack of decent sanitation also affects productivity and livelihoods, adding that women and girls living in Nigeria without toilet facilities spend 3.1 billion hours each year finding a place to go to the toilet in the open, according to its finding which was released during the World Toilet Day.

WaterAid Nigeria however acknowledged that the Nigerian government has pledged to increase the rates of sanitation access from 31 per cent currently to 65 per cent, and water access from 61 per cent to 75 per cent by 2015.

“These are very ambitious targets, particularly considering that Nigeria is one of the few African countries where rates of access to sanitation are actually falling, from 37 per cent of the population in 1990 to 31 per cent today”, it said in statement issued on Tuesday in Abuja to mark this year’s World Toilet Day.

WaterAid and international and civil society organisations all over the world have observed 19 November as World Toilet Day for several years. On 24 July this year, it became formally recognised as an official UN day when the United Nations General Assembly voted to declare 19 November as World Toilet Day to help boost efforts to bring sanitation to all, promote behaviour change and policies and end open defecation.

This change, according to the statement, demonstrates a global recognition in the importance of sanitation in overcoming poverty and will give the day a higher profile and help the sanitation crisis gain more attention from governments and stakeholders from across the globe.

It further lamented that sanitation remains the most neglected and off-track of the MDGs, with little funding, resources or political will to address the crisis. “There has been little or no progress towards the agreed target of allocating 0.5 per cent of GDP to sanitation. An in-depth study focusing on the need for water and sanitation infrastructure in Sub-Saharan Africa by the African Union (AU), African Development Bank, World Bank and others estimated that on average, countries in Sub-Saharan Africa need to spend 3.5 per cent of GDP each year on water, sanitation and hygiene promotion to achieve the MDG target”, it stressed.

The statement also noted that lack of such essential services creates a massive crisis for developing countries thereby undermining health systems, education, economic development, and progress on gender equality. It further warned that all sustainable development is made impossible without clean water and access to sanitation and hygiene facilities.

“It damages developing economies such as Nigeria; an estimated 5 per cent of developing countries’ GDP is lost to illness and deaths caused by dirty water and lack of sanitation. We all take toilets for granted. However, there are 2.5 billion people worldwide who are denied this basic human right, impacting on their health, education and economic prosperity. Sanitation plays an important role in ending poverty, creating gender equality, and keeping children in school”, it further stated.

The statement equally noted that investment in the water sector is probably one of the most, if not the most effective investment that Nigeria can make to grow its economy, adding that the World Bank has estimated that for every $1 that is invested in sanitation generates a $8 return for the economy.

It therefore called on the Nigerian government to push water and sanitation up their national agendas and commit to concrete action in terms of political and financial commitment to the sanitation and water sector, strengthen accountability, generate local action for better sanitation and ensure harmonisation of national sanitation policy.

The statement also harped on the need for improved and targeted financing in the water, sanitation and hygiene sector as welll as increased awareness and profile of the sanitation crisis in addition to the importance of the sector in Nigeria amongst politicians, media, policy makers and all those working on the international aid agenda.